The first bloom attempt got this far and then stalled: 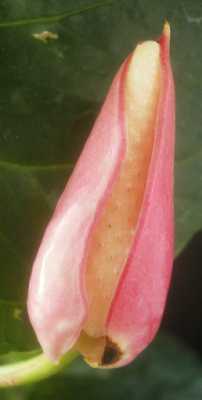 The second attempt opened up all the way, but left me sort of wishing that it hadn't: 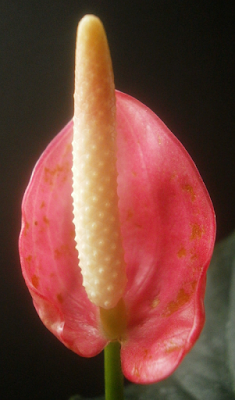 I mean, it's not literally the worst Anthurium bloom I've ever seen, but . . . c'mon, Trudy. You aren't even trying. 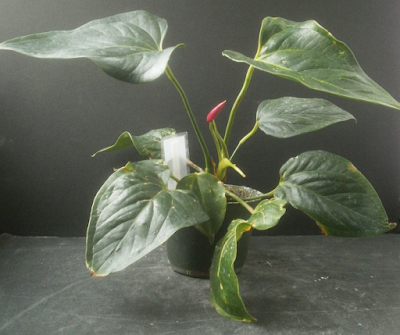 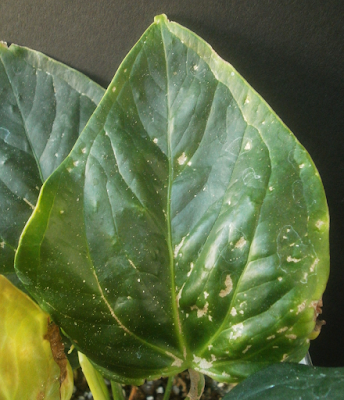 Even if the thrips weren't an issue, she's not doing anything that 'Gemini' doesn't do already.

Verdict: not a keeper. Though she's still alive as I write this (15 September), and I don't necessarily have any immediate plans to toss her. Definitely gone in the next purge, though.