Another white one with a hint of pink. As I write this (9 March), there are six white seedlings total,1 as well as a likely seventh and eighth in bud.2 It's nice to have a new color to think about, for the name possibilities, but it'd be even nicer if they didn't all look more or less the same. 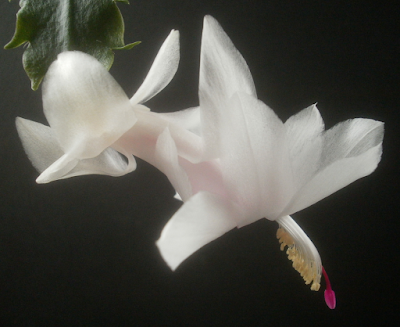 Does anyone still pay attention to the traditional anniversary gifts? I guess someone must, because it was easy to find a year-by-year list. Traditionally, in the U.S., the 14th anniversary is for ivory. I'd considered 14th Anniversary for the orange/white3 seedling 200A Breakin' The Law, but obviously it makes more sense for a white seedling. A really pale yellow would make even more sense than white, but I doubt that's ever going to happen.

Cooperating Banjos is by analogy with Dueling Banjos, an instrumental song. I was surprised to learn that "Dueling Banjos" was a relatively new piece when it was used in Deliverance in 1972.4 Even more surprised to learn that it was on the Billboard Top 100 for four weeks in 1973:5 clearly the 70s were an even stranger time than I'd imagined. In any case, it's time for the banjos to start working together, damn it. Enough of this senseless banjo-on-banjo violence. 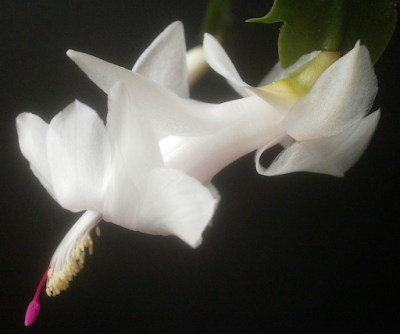 Pegasus is the white winged stallion from Greek mythology. Not only is the color right, but the shape kind of works too. Pegasus is also a constellation and a bunch of other stuff, maybe too much other stuff, but it's worth considering, surely.

And of course There Goes The Bride, referring to "Here Comes the Bride." I don't think I had a deeper meaning than that in mind. It's not clever or interesting, and I think I'll drop it without any further consideration. 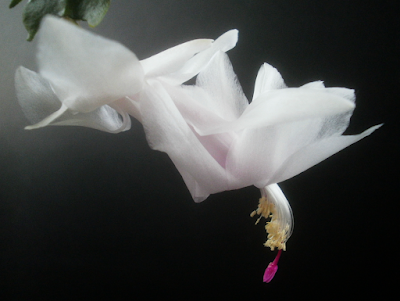 So. Of the three remaining names, I'm not that into 14th Anniversary. It's fine, but it made more sense as a name when there was a recent 14th anniversary for me to connect it to. And given the choice between Cooperating Banjos or Pegasus, it's got to be, officially, 127A Cooperating Banjos, for basically the same reason that I went with There Would Be Peace a few weeks ago for 119A: it's just more me. 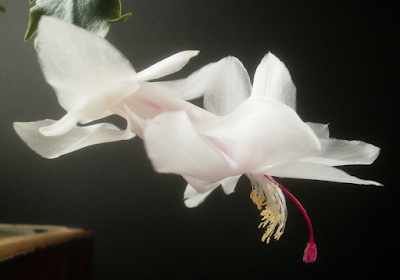 (Perhaps if there were another word or two along with "Pegasus." Off the top of my head, I can't come up with any Pegasus-related names that don't strike me as dumb, obvious, or unusable, but I bet if I work at it I can come up with something. If I throw enough random words at it, surely one of them will stick in an interesting way.)

Also, here is one of the suggestions YouTube gave me after I watched the clip from Deliverance, a banjo / accordion / anvil cover of AC/DC's "Thunderstruck," which I found unexpectedly entertaining. (Music starts at 15 seconds in; for some reason I couldn't get YouTube to cue it up for me.) 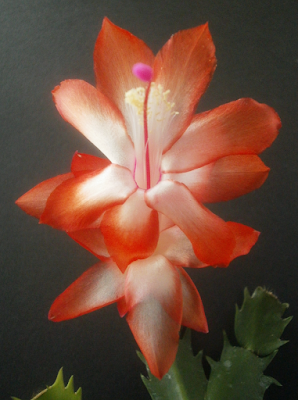 and the second bloom: 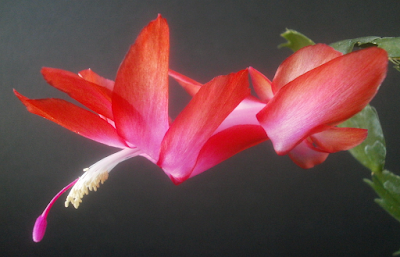 I mean, that's not even close. If anything, the difference is much more obvious in person, and this happened after I started giving seedlings their own individual pots, so I know the same plant produced both blooms. Breaking the law, indeed.
4 (written as "Feudin' Banjos" by Arthur "Guitar Boogie" Smith, in 1955; I had assumed it was a much older folk composition)
5 Just behind Roberta Flack's "Killing Me Softly With His Song," of all things.
Posted by mr_subjunctive at 3:00 AM