Had a terrible time naming this one. It's a nice seedling, in a color I don't see very often (it most closely resembles 208A Raspberry Possum, but 054A Helpful Gesture, 078A Art Party, and the still-nameless 132A are also similar), and I really wanted to get a good name for it, but on the first attempt, I managed to eliminate all four name finalists, and then I had trouble coming up with replacement names that seemed any better than the ones I'd eliminated. Possibly I was in an overly critical mood; possibly I just have trouble naming seedlings that are this color.1 I don't know.

So now it's been a week, and this is like the fourth time I've written this post, and as nice as the flower is, 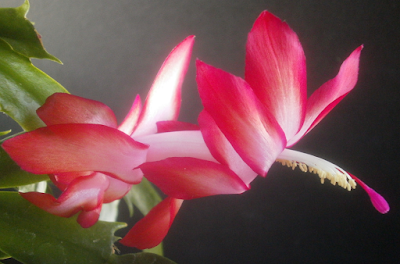 I'm honestly pretty sick of looking at its face. And I need to name it something so I can move on to the next post, so even though I kind of didn't like it, I'm going to go ahead and go with one of the rejected options, Haunted Houseboat. 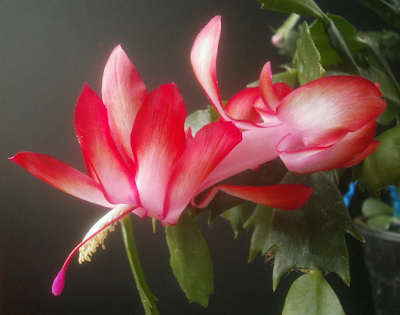 The reason I rejected it originally is, when I did a search for it, I found a "Spongebob Squarepants" connection, and I find Spongebob pretty grating.2 But I found the name inexplicably appealing until then, and it's the least problematic of the four options I started with. 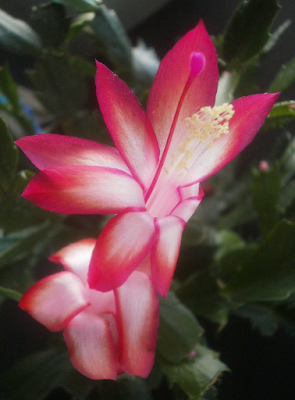 The other three were Galveston, Joycelyn Elders, and Pink Disco Trilobite; it may not be immediately apparent to you why these couldn't work, but I assure you that there were problems.3 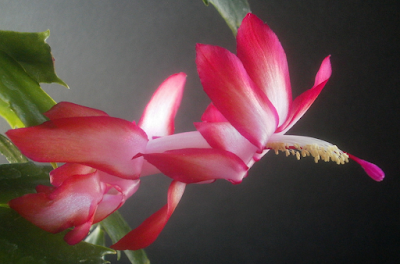 It might not be obvious why they could have worked, either, I suppose.4 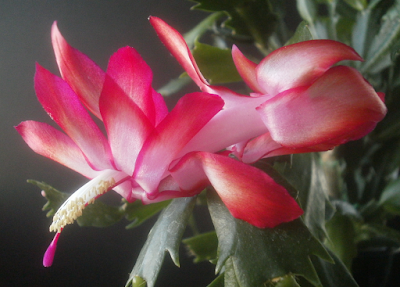 Anyway. Next up will be Schlumbergera seedling 190A. I'm not crazy about the names I came up with for it, either.


1 208A Raspberry Possum's post also failed to select a name the first time through and had to be rewritten.
2 Apologies to any readers who are also Spongebob fans. It's just not my thing.
3 Galveston and Pink Disco Trilobite weren't color-accurate, in my opinion. (Galveston should be a light yellow, or maaaaaaaybe a yellow-orange, and this seedling is too red to be "pink.")
Joycelyn Elders was Bill Clinton's first Surgeon General (1993-94), and was controversial on a number of subjects (sex education, primarily) because half the country is out of their damn minds. Also there was a lot of deliberate misrepresentation of what she had said. As lots of people get really upset about anything having to do with sex, or anything having to do with the Clintons, it seemed unwise to give a name that would evoke both sets of associations.
Pink Disco Trilobite is also pretty long.
4 I visited Galveston a long time ago and enjoyed it; at one point I was even going to move there.
Joycelyn Elders is obviously amazing, but if you don't already think that then I'm probably not going to be able to convince you.
I don't actually know what I find so appealing about Pink Disco Trilobite either. I just do.
Posted by mr_subjunctive at 3:00 AM