Tajma's1 most notable trait is that she blooms a lot. The blooms aren't particularly large, but they're pretty long-lived, and I'm fond of the seedlings with spathes that start out light orange and age to pink (among them 0097 Colin Ambulance, 0596 Alisa Summers, and 0813 Arya Reddy), so she has potential. 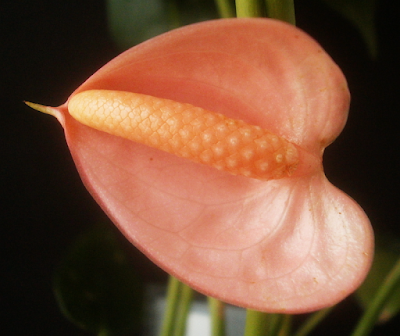 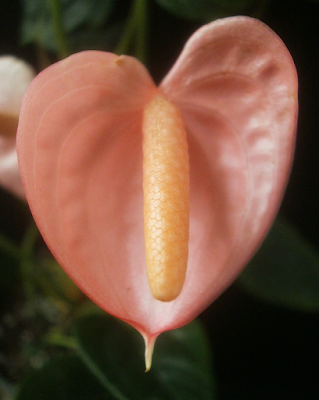 (older bloom). The color difference isn't huge, but it's there.
The weak spot is the foliage. It's not always bad, 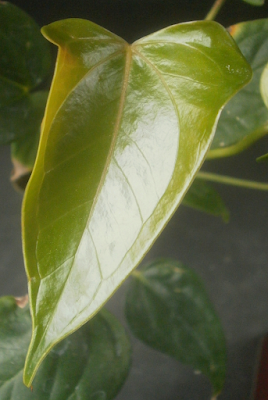 but the thrips seem to find the leaves more delicious than I would like. 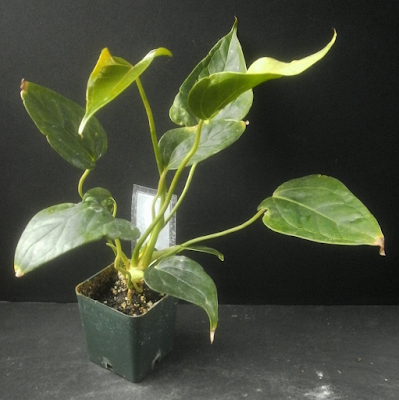 A minor point of interest is that, like 0097 Colin Ambulance, Tajma has the NOID purple for a seed parent. I'm not sure why Colin and Tajma turned out so not-at-all-purple,2 or whether they could produce purple-blooming seedlings, but it might be worth trying to find out.

Unfortunately, it's going to be a long wait: so far only 0097 Colin Ambulance has reproduced,3 and his seedlings are both still very young (1756 Adelaide Evening and 1757 Alex Blaine Layder, sow date 10 June 2016) and I only potted them up in late April 2017. So if they survive, those two might be purple, but we won't know until February 2018 at the earliest, and that's too much of a long shot to pin any hopes on.

Verdict: probable keeper, though not necessarily worthy of promotion to a larger pot.


1 No idea about the name; Tajma Stetson is a real performer, not a name I invented, but I don't know anything about her.
2 Too lazy to look it up, but if I remember correctly, the pigment responsible for making some Anthurium blooms purple is either pink or purple depending on cell pH. So it's possible that the pigment is being produced, just not in a way that makes it show up as purple.
3 I'm actually surprised at how few of the F1 seedlings have surviving offspring right now. I mean, there are still a lot of F2 seedlings, but of the 853 I started, only 368 (43%) are still around. And a lot of the survivors are only survivors because they're too young to have fallen apart yet. This was more or less the case with the F1 generation as well, of course: most Anthurium seedlings don't survive long enough to bloom.
At the moment, the big genetic winners from the F1 generation are 0223 Patty Cake (24 surviving offspring), 0234 Ross Koz (40), 0259 Tasha Salad (20), and 0330 Faye Quinette (54), but many of those survivors were recently potted up and probably won't live long enough to bloom.
If you look at how many F2 seedlings have actually bloomed, producing nice flowers that might be worth taking to an F3 generation, the winners are: 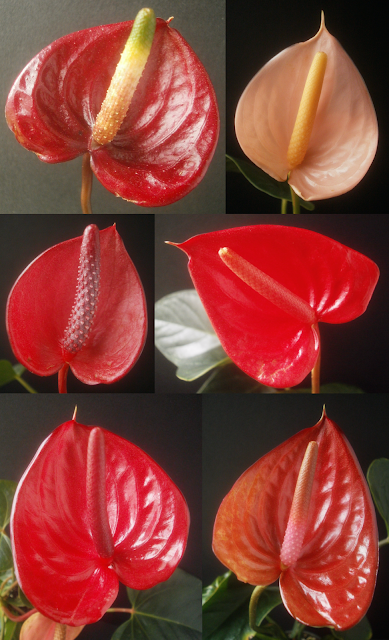