Seedling 239A is primarily notable for being the third and final of the second-generation seedlings to bloom this year: all three were the offspring of 025A Clownfish.1 240A Schwa wasn't impressive, but 244A That's My Purse was nice. This one's in between the two: an uninteresting color combination, performed pretty well. 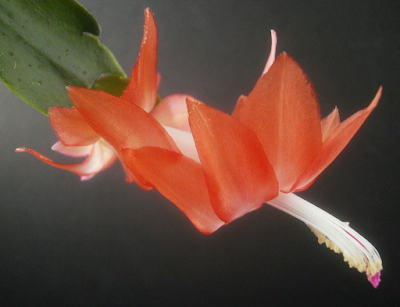 For name finalists we have: Plow The Seashore, Rediscovery, and Soft Light.

Plow The Seashore and Rediscovery have both come up previously as vaguely poetic names that say oh, this again.2

Soft Light was previously considered and rejected for seedling 034A Wahine.3 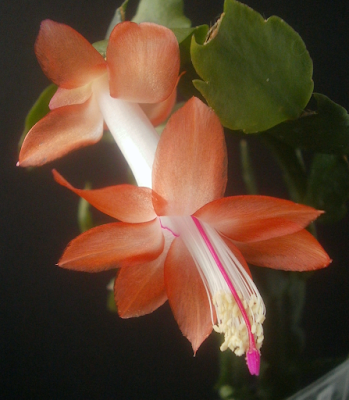 So, of the three names, Rediscovery is the most abstract, and consequently the least interesting to me. And Soft Light may not be a good seedling name, considering that later blooms are not always the same color as earlier ones. Which leaves only 239A Plow The Seashore. 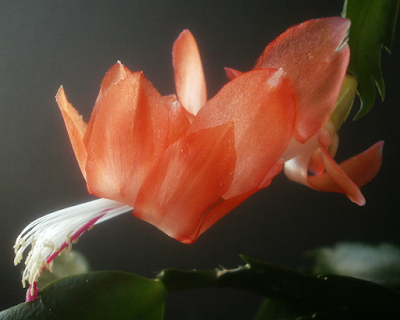 I think I can be happy with this. (Fingers crossed that seedling 237 will bloom at some point and I can use Neptunium then.)


1 As I write, there is a small possibility that one more second-generation plant is going to bloom in the basement: seedling 352A has a very tiny bud on it. 352A would also be the first descendant of 082A Strawberry Madeleine to bloom.
I don't expect this to happen this year, though: a lot of buds drop off, especially in the basement, and although plants have produced flowers in the basement under artificial light before, it's rare. (Maybe only twice? 025A Clownfish and 200A Breakin' The Law are the only ones I can recall.) I mean, if the bud opens, I'll tell you about it, but it's enough of a long shot that I'm not getting excited just yet.
2 The original Latin version is arare litus, and (wikiposedly) was coined in Erasmus' Adagia as a figure of speech for "wasted labor."
3 A fourth name, Neptunium, was included on the original list because I was under the impression that the most stable isotope of neptunium was Np-239, and the seedling's ID number is 239A. This turns out to be incorrect: the most stable isotope of neptunium is actually Np-237, and there is no element for which isotope 239 is the most stable isotope.
Which sucks, because before I tried to verify this I was really leaning toward naming this seedling Neptunium. Somehow it just seems neptunium-like.
I've also long felt like neptunium gets unfairly overlooked, because it's between the much more useful/common/destructive uranium and plutonium. I feel bad for neptunium. (Historical periodic table trivia: uranium, neptunium, and plutonium were named after the planets Uranus, Neptune, and Pluto.)
More trivia: there's a really good chance that there's some neptunium within fifty feet of you right now: many smoke detectors contain tiny amounts of americium-241, which decays to neptunium-237. The amount of neptunium in a smoke detector increases with the age of the detector.
And yes, just in case you were wondering: americium and neptunium are very toxic if ingested (so don't eat your smoke detectors, no matter how old they are, and don't take them apart either), but the danger of cancer from having radioactive smoke detectors in your house is much smaller than the danger of fire from having no smoke detectors in your house. Anyone who tells you otherwise is trying to scare you and/or take your money.
Apologies for the digression, but like I said, I was pretty sure I was going to name this one Neptunium, so I've been having all these neptunium-related thoughts, and I didn't want them going to waste.
Posted by mr_subjunctive at 3:00 AM