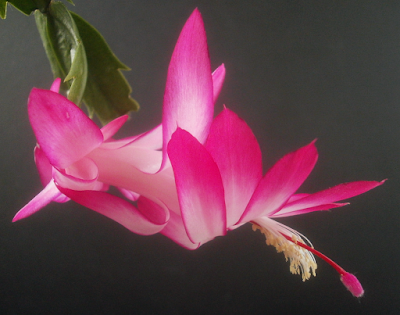 The name finalists for this one are giving me a bit of mood whiplash, but it's a nice seedling. One of the more interesting things about it is that it photographs as pink or magenta at different times, and I haven't been able to figure out whether that's because the flowers are actually changing color with age1 or because my camera's screwing with the color balance. Or both. 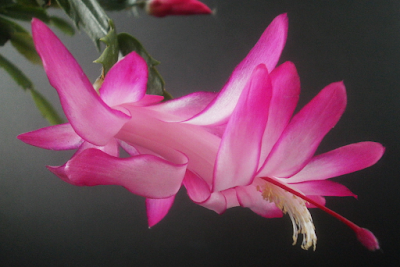 Divoon keeps coming up and then getting shot back down, see 181A Margaret Atwood and 182A Padparadscha, but surely one of these times it's going to stick, right?

(warning: the video's volume varies substantially from one clip to the next)


The name actually describes the region of space, lumpy space, of which she is the princess; it happens to also work as a physical description, and she self-describes as lumpy so I'm not sure if this is an important distinction to make, but since I've just learned this I figure y'all may as well learn it too. In any case: I wanted to name a lavenderish seedling after LSP, but A) the Schlumbergera seedlings are not lumpy, they're pointy, and B) I didn't want to give the impression that the makers of Adventure Time or whatever company owns the rights to it approved this particular seedling or were affiliated with me. Therefore Pointy Space Princess. Which might still not be distinct enough, but it's the best I could do. 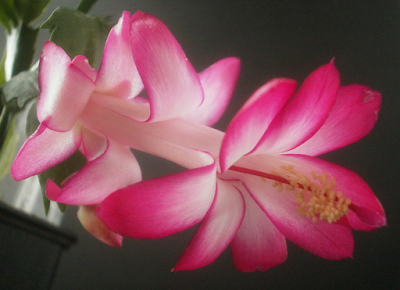 Rosenstrasse (German for "Rose Street") is the name given to a protest in Berlin, during February and March 1943, in which the non-Jewish wives of German Jews who had been arrested and were to be deported demonstrated until their husbands were returned. There's a ton of stuff about it at Wikipedia, and the story overall is, I gather, not so much that standing up to oppressive regimes can save lives (though it can, and did) as that if you stand up to oppressive regimes, you can sometimes embarrass them enough that they'll do what you want in order to shut you up, so they can do different horrible things. Not the ideal message, but we can't be too picky about where we find hope and encouragement these days.

Sweet Baboo is intended as a reference to the comic strip Peanuts: Charlie Brown's sister Sally referred to Linus as her "sweet baboo" a number of times, generally with Linus protesting that he was not her sweet baboo. I'm not clear on whether Sally ever actually defined what a sweet baboo was, but I suppose it's clear enough from context what she meant. I'm not sure why this seedling seems like it could potentially be a sweet baboo. It just does. 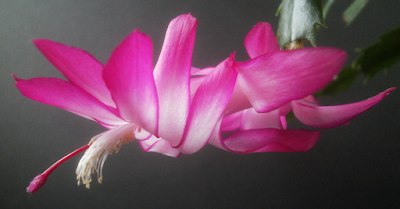 So the first name I'll drop is Divoon, less because I don't like it than because the other three names are just obviously better.

And Sweet Baboo is fine, except that there turns out to be a musician performing under that name, which would be a problem even if I liked their music, but is more of a problem since I don't.2 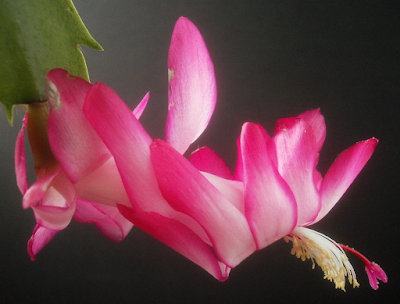 So we're stuck between a very silly name (Pointy Space Princess) and a very serious one (Rosenstrasse). Which is uncomfortable, and I'm not sure how to choose between them. I can't even eliminate one on the grounds of color-appropriateness, because the lavender/magenta photos work for Pointy Space Princess about as well as the pink photos work for Rosenstrasse, and I don't know which color is the "real" one, or whether either color is "real." Whatever "real" even means in this context.

I don't know exactly what tipped the scales for me, but after thinking about the question for a while I decided to go with 132A Pointy Space Princess. Which is mildly disappointing, but I was going to be mildly disappointed either way, and there will be more World-War-II-related names coming along shortly,3 and I imagine we'll see some pink seedlings next year, so it's not as if the Rosenstrasse opportunity is gone forever. 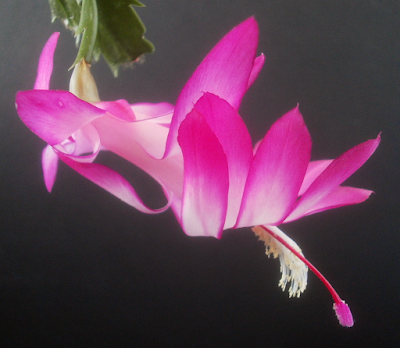 
1 A theory for which there is some support: the early blooms tend to photograph pink, the later ones magenta.
2 Or at least I don't think I do, so far. This is less a comment about the quality of the music than it is a comment about me: I hate about 90% of music the first time I hear it, even things that I later wind up loving for decades. Dunno why.
So maybe if I listened to more songs by Sweet Baboo I'd eventually come to love them, but the first impression wasn't great. *shrug*
3 (at least 135A, 201A, and 271A)
Posted by mr_subjunctive at 3:00 AM