Chastity is the first and (so far) only seedling from 0232 Rhoda Badcek to bloom. Rhoda didn't do much for me; she was a medium-sized pink/pink. Chastity, on the other hand, is interesting insofar as she's had a really difficult time deciding what sort of blooms to make. The first was a small light red / light yellow, 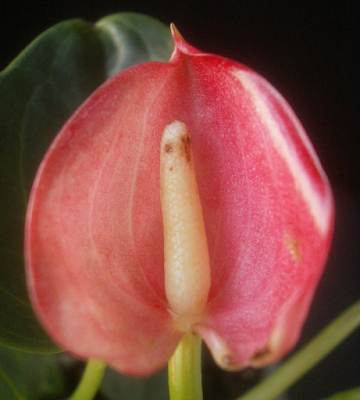 followed by a severely damaged red / yellow (and yes, those are actual big gaping holes in the spathe behind the spadix, something which has never happened to such a large degree before), 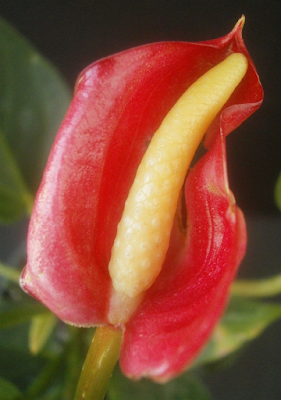 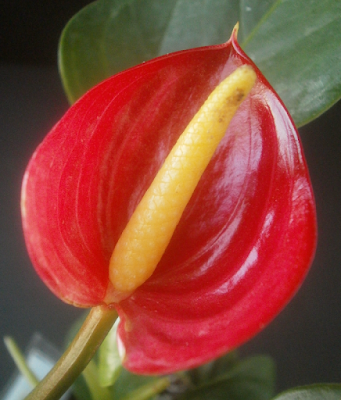 The foliage isn't great, though it's better than this picture 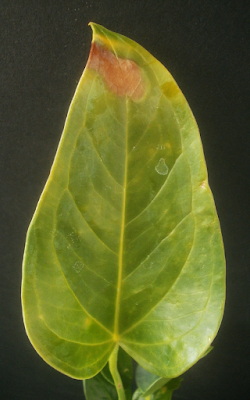 makes it look. The 3-inch Anthurium seedlings no longer fit very well on their shelves, and many of them have reached the point where they're touching the fluorescent lights above them, which leads to dead patches like you see on the tip of that leaf. Chastity has since been moved into a 4-inch pot, and has more room in every direction, so this isn't an ongoing problem with her anymore. Though as you can see, the thrips remain a problem. 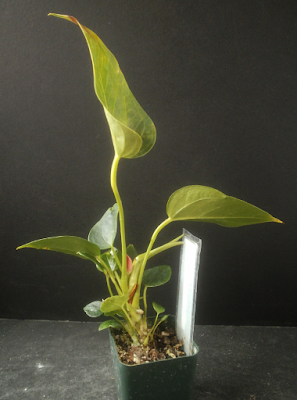 The full-plant photo is a bit dated as well; she's grown a lot more foliage since getting moved to the 4-inch pot, and doesn't look nearly as scraggly as this anymore.

Chastity's probably not interesting enough to get further promotions, but as long as she's happy in the 4-inch pot and I have the room, I imagine she'll get to stay.