Underwhelmed by the eclipse on Monday. We didn't try for totality, but we did drive a ways south, to get an extra 1.8% of coverage, and I was surprised by how little difference it made, and how dark it didn't get. The 2024 eclipse will be close to us too; maybe it'd be worth driving to the zone of totality for that. Dunno. Considering how much hype there was leading up to Monday's eclipse, it could hardly help but be disappointing, I suppose, so I'm glad we had other stuff happening during the trip too.

I did find out the reason why one of our neighbors' trees turned brown abruptly in early July, and then in early August started to leaf out again (though only at the very top): Japanese beetles. They apparently like linden trees as much as they like Cannas. And of course there's no picking them off of a tree by hand, so I bet it makes no difference how many beetles I killed this year because the neighbors' yard is probably even more full of JB grubs than ours is, and they're all going to be mature beetles in ten or eleven months.

Anyway. So I suppose I should talk about Jeff. He's pretty similar to his brother 0339 Johnny Lufschachi: similar dark red, fairly narrow spathes, 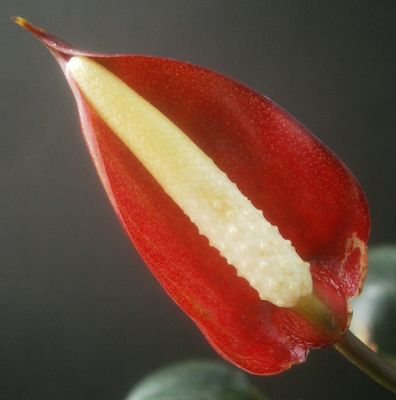 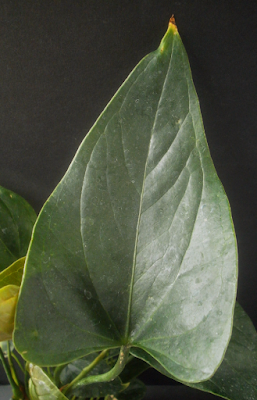 and a really strong desire to flip his spathes backward, which I don't have a photo of.

Jeff's a little more compact than Johnny was, 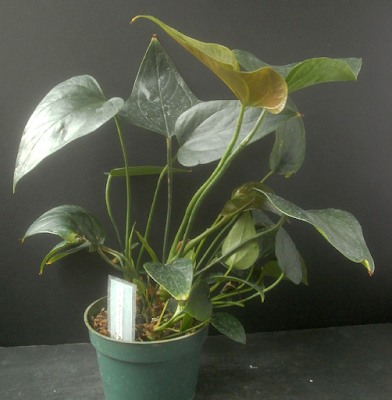 but there are plenty of seedlings that are better at what Jeff's doing, so he's almost certainly a discard. Might even be in the garbage by the time you read this, in fact.

Further north than you are so an even less complete eclipse. I, too, was surprised by that it didn't get darker than it did -- just goes to show how much light the sun pumps out. Vaguely recall as a kid being outside during a totality (or close to it) and it getting significantly darker. Have some friends down in Kentucky who did got to see it.

I agree that eclipse was over-hyped - even in NC @ 93%...but it was fun to be outside with an odd assortment of co-workers taking selfies & experiencing it together.