Seedling "Charles Ludlam" is from the DV seedling group (started 10 June 2015, from berries collected from the NOID red). It turns out that its inflorescence is the least interesting of the DV seedlings. So, I mean, we can look at Charles, 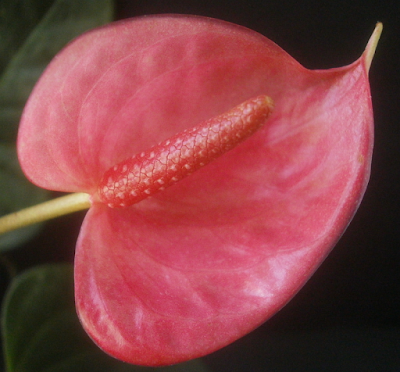 but I'm not sure if he's a keeper. The strongest argument in favor of holding on to him is the new foliage, which is a pretty vivid red-brown or red-orange, depending on your viewing angle: 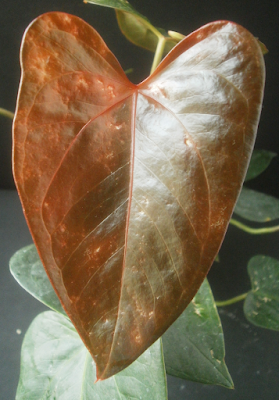 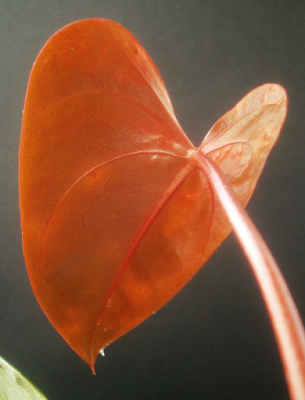 The leaves do sustain a lot of thrips damage, though, 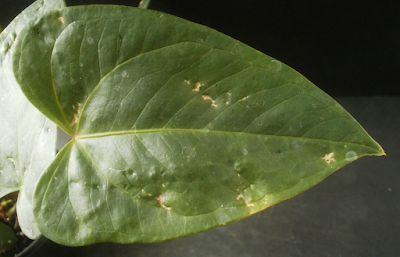 and when there isn't a new leaf in development, the plant isn't very interesting: 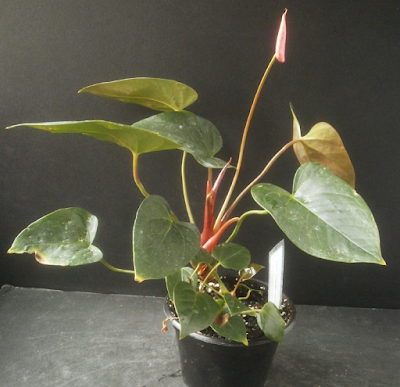 So I'm not sure what I'll do in this particular case. In the meantime, we can look forward to the other DV seedlings (1203 Peaches West, 1220 Mario Montez, 1224 Perry Watkins, 1299 Sinthia D Meanor, 1300 Gia Sunflowers, and 1301 Symphony Alexander-Love) which are not only surprisingly diverse in color but also includes the one with the very strangest and least expected color I've gotten from the seedlings yet. (Which I spoiled for you a while ago, but I have more and better photos now than I did then, as well as a second bloom, so that post should still be at least a little interesting once it happens.)