There's basically nothing about this seedling that's interesting, but let me try anyway. If I can't come up with anything then I'll talk about some other subject. (Which won't be interesting either, but by then it will be too late for you not to read it.) 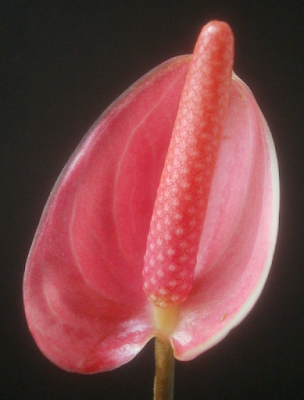 Pink / pink. Has bloomed at least twice while still in a 3-inch pot, so points for enthusiasm. Not-great foliage, though I guess the plant is at least fairly compact so far. 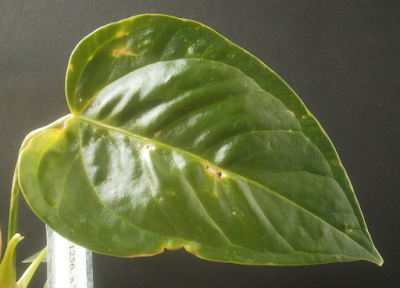 It's in the same sibling group as 1153 Tintim. (As predicted, I've thrown Tintim away; it wasn't re-rooting, and had wilted completely.) Tintim and Mr. Completely are the only seedlings from the CQ seedling group to have bloomed so far; there are four remaining CQ seedlings (1149 Nicole Murray-Ramirez, 1155 Glitter Monster,1 1167 Lucy Balls, 1307 Electra Lites), and my expectations for them are obviously pretty low. 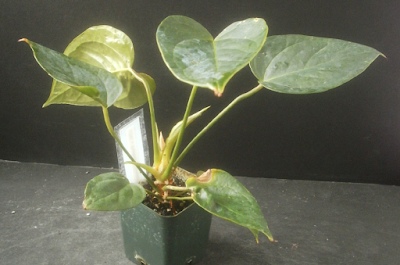 Anyway. Not the worst thrips damage ever, but the seedling was already not getting a lot right, so the scarring doesn't help its chances. Pretty clearly a discard. 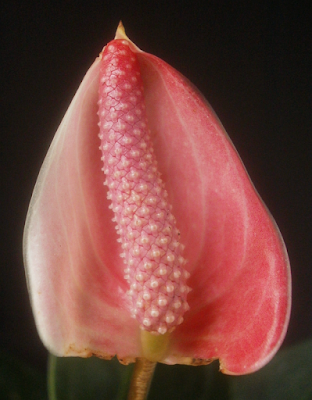 And I guess I can do a Japanese beetle update; I've seen some indications that this is maybe just an unusually bad year for Japanese beetles in Iowa, that it's not just my yard and my plants. Which isn't exactly reassuring,2 but it makes me feel less singled-out, at least. I haven't been counting the beetles as I collect them, because it's sometimes difficult to tell how many I've gotten, but I've been visually estimating the numbers by looking at the jar when I'm done, and from the estimates, I think I've killed about 4300 beetles so far in July.3

I have not yet attempted the neem oil. Still considering it, but it has two really big disadvantages: one, all I have to apply it with is a single mister which maybe holds a quart at best; I would need to stop and refill it often, assuming that my index finger would survive that much misting, and two, the neem oil has warnings all over it about how you shouldn't use it on plants that are in direct sunlight, shouldn't spray it on hot days, and so forth. So to make it work, I'd have to go out at dawn or dusk to do the spraying. (I still might try it on a section of the Cannas, to see whether it makes any difference, and use the results of that to decide whether or not it's worth spraying the rest of them, but I may not be able to get the timing to work out.)

I've also considered buying some Japanese beetle pheromone traps. I know everybody says you're not supposed to buy they traps, because they just attract more beetles to your property than would otherwise be there, and you'll attract more beetles than the traps manage to kill. Thing is, I'm not sure I'd be able to tell the difference: there are so many of them here already that I kind of wonder whether the Cannas aren't already functioning as beetle attractors. In which case, I might as well bring in an attractor that will kill the damn things, too. I mean, probably not going to, because I don't want to see what a worse beetle problem would look like (plus there are the neighbors' gardens to consider -- a trap that attracted beetles to my yard would also bring beetles to theirs), but I've thought about it.


1 Glitter Monster isn't my favorite drag queen name ever -- that's probably always going to be Estée Lauder Harder Faster -- but it's way up there.
2 As far as I know, nothing here eats them, so in my darker moments it's easy to imagine them returning in greater and greater numbers every year until they consume literally all of the plants. Or at least all of the plants they're willing to eat, which since that includes a couple common weeds (I've seen them eating Chenopodium album and Abutilon theophrasti here this summer, though they overwhelmingly prefer the Cannas), they'll always be able to find something to eat. I think they've even been experimenting with the crabgrass lately, which surprises me.
Between the thrips, scale, and Japanese beetles, I'm beginning to think that there's no point to enjoying the cultivation of plants at all.
Maybe I should look into collecting stamps; stamp collectors always seem like they're having a good time.
3 (As of 30 July.)
1000 of those on July 29 alone. Every other year, they've appeared everywhere for about 1 or 2 weeks and then they disappear. Why aren't they going away this year?
Posted by mr_subjunctive at 3:00 AM

Sorry about about your Japanese Beetle invasion. I have to wonder though, if you have that many beetles might they be generating enough pheromones on their own to attract more (like a really good Yelp review?) Maybe the traps would reduce their numbers?

While typing this I flashed back to an old "folk remedy" where you take the offenders and liquefy them in a blender, strain it and make a spray out of it. The idea was to create a medium that includes any pathogens that might already be effecting the pests, without a functioning immune system to counter the pathogens. Sounds like you might have enough to bodies to experiment with.

Yeah, a number of websites also make the claim that JBs are repelled by the smell of dead JBs (does not appear to be even remotely true); the theory that spreading JB-specific pathogens might be helpful makes a little more sense, actually.

And yeah, that was sort of the thinking, that attracting more beetles via traps could wind up being a net gain for me, IF the traps actually attract beetles and IF the beetles actually can't escape the traps. At least a couple nearby neighbors grow roses, though, and another is a gardener who well might grow all kinds of JB-susceptible plants, and I already feel so guilty for all the JBs I'm drawing to the neighborhood that I'm not sure I could stand thinking that I was bringing more of them to the neighbors. Still thinking about it.

In the meantime, I've been going out to collect beetles more than once a day, which is possibly making a little bit of a difference (in that it keeps the total pheromone concentration lower, on average, than it would otherwise be able to get). Only 300-350 beetles in two trips outside today, as opposed to 850-900 in two trips yesterday. The JB population has had wild swings up and down all summer, so I don't know that it's making a difference, but it's so much nicer to think that it is than to think that it's not.