This is going to be quick, 'cause I don't have much time and also Friday morning (when I'm writing this) isn't going great for me so far.

So we've got Joey. Not an amazing seedling, but the color is a little more interesting than the default plain red, being slightly purplish, 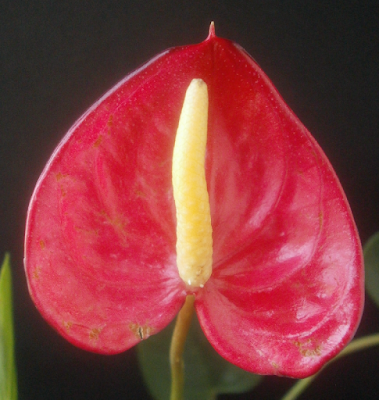 and it's a decent size as well. And the leaves are nice in a weird way -- really flat, with sharper points on the "ears" than most of the seedlings have. And not much thrips damage. 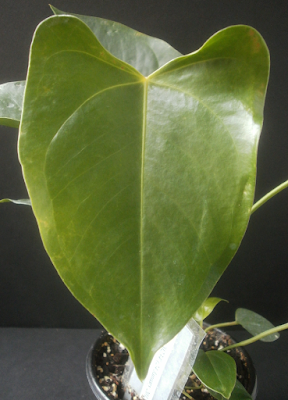 Plant as a whole could be a little fuller, but I'm willing to at least wait and see how I feel about it later before deciding whether to keep or discard. 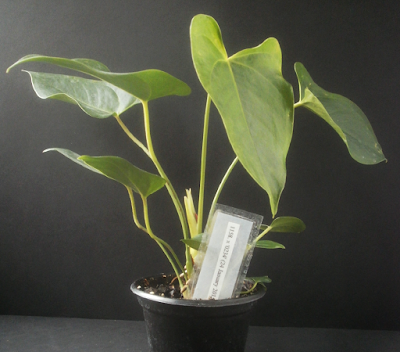 Joey Arias is apparently really interesting: friends with Klaus Nomi (and eventual executor of Nomi's estate), performed on Saturday Night Life with David Bowie one time, had a starring role in Cirque Du Soleil for six years, that kind of thing. There's probably some great reading material out there, but I don't have time to look into it.

Dreuxilla is less impressive as a seedling. You can't tell from the photo necessarily, but the inflorescence is small, and red/red is not the most interesting color combination. 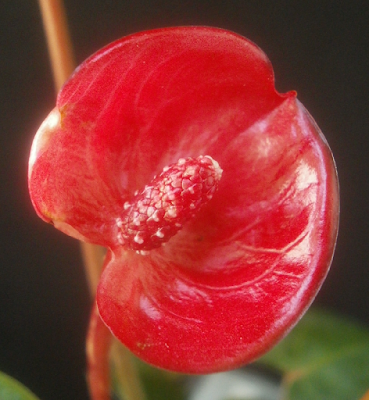 As with Joey, the foliage is surprisingly nice: glossy and rounded, with an orange cast to the larger veins, 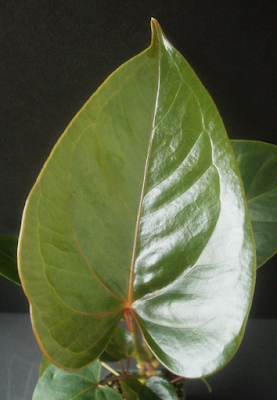 and without a lot of thrips damage. 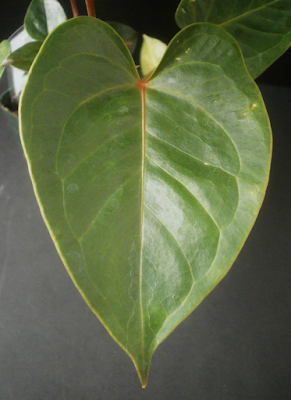 The lack of damage is probably partly because it's a relatively new seedling: sown in March 2016, not yet a very large plant. It does take the thrips a while to find the plants, sometimes.

Dreuxilla doesn't hold the record for earliest bud, but at 14 months from sow to bud, she's pretty close. 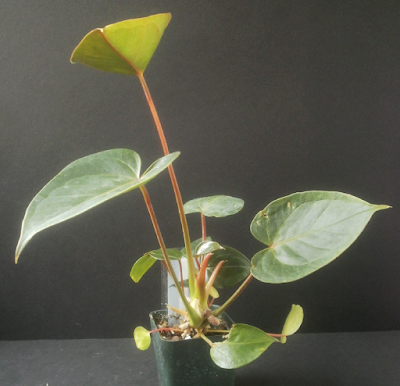 Dreuxilla is also notable in being yet another seedling from the NOID pink-green that completely lacks all traces of the pink-green's coloration. No green in the spathe, no contrasting major veins in the spathe, no odd saddle-shaped spathes or even decent-sized spathes. Which is disappointing, though I suppose some of those traits could wind up in the next generation of seedlings, if Dreuxilla is pollinated. Which she may or may not get to be; I'm undecided about whether to keep her around, though the foliage is nice, so I'm more likely to keep than to discard, I guess.

The human Dreuxilla Divine is a Puerto Rican comic, performer, and TV show host, and again, there's probably a lot more to her that I didn't have the time or energy to dig into.

Sorry. I'll try to do better on the next post. The next seedling is more interesting than either of these anyway.