Mercedes is the first seedling of 0580 Marsha Marsha Marsha (or any of its clones1) to bloom so far. Surprisingly, although Marsha et al. are all a nice bright orange, Mercedes is slightly greenish, or bronze. 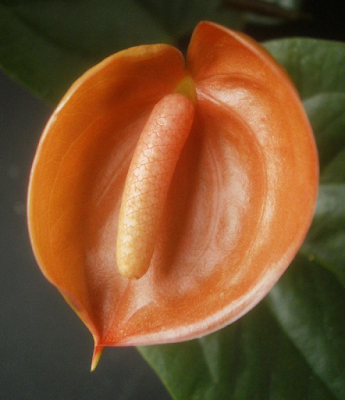 There's actually a weird situation set up where this one of Marsha's seedlings looks like 0330 Faye Quinette, 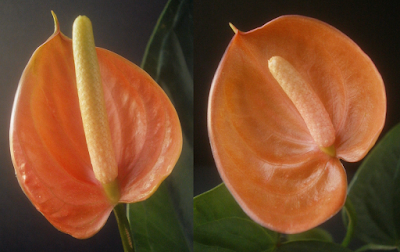 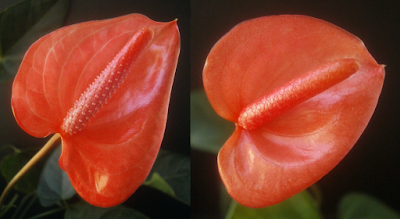 0580 Marsha Marsha Marsha (left) and 1679 Madison Adjective (right)
Because apparently there are only just so many different directions one can go with orange. This is excellent news as far as I'm concerned, because Faye's had a lot of trouble with Xanthomonas, and I've been worried that it might get bad enough eventually that I'd have to throw her out; knowing that she has an understudy makes that less scary.2

The foliage isn't very abundant, because Mercedes was an early bloomer,3 but it's looking good so far, 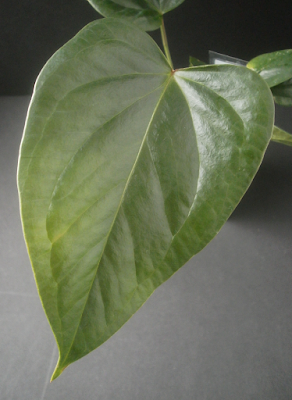 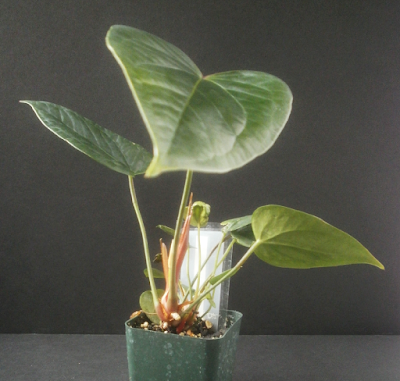 and she photographs nicely as well. 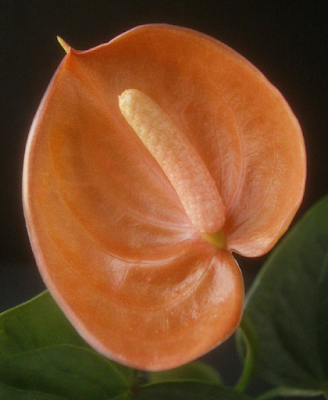 I also thought the first bud was interesting; it didn't show up as clearly in the pictures as it did in person, but there was a sort of barber-pole stripe around it before it fully colored-up. 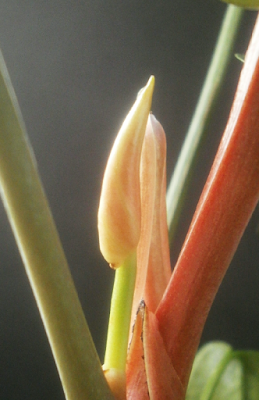 Mercedes Sulay the drag queen is from Rochester (New York); as usual, I couldn't find a decent video. I can tell you she won Miss Gay Rochester in 2014, and that's about it. I mean, she's on Twitter, Instagram, and Facebook, but the Twitter account seems to be dead for the last couple years and I don't do Facebook. So that's pretty much all I know.


1 Pretty sure 0115 Erlene Adopter, 0580 Marsha Marsha Marsha, 0581 Adam All, and 0586 Vera Special are all the same plant, just in different pots, for reasons discussed in the post for Erlene.
2 And as far as it goes, it's probably good for the Erlenes to have some backups also; the ghost mites are more of a problem on them than I like, and the thing where some of their minor veins go yellow overnight for reasons I don't understand, which may or may not be a problem but still makes me uneasy, continues to happen to all of them, and only to all of them.
3 First bud at 16 months. (The median for all seedlings is 26 months; record earliest is 12; record latest is 54.)
Posted by mr_subjunctive at 3:00 AM