Another seedling with only one bloom all season, but I got multiple photos of it, at least.

122 isn't very interesting; I don't mind the white ones, but it's hard to get excited about them either. The only variation in color is in how much pink there is on the "tube," and I suspect that that is probably determined by temperature anyway. (There is occasionally some variability in flower shape, though at least some of that is environmental as well. Also sometimes determined by the angle at which I'm taking the photo.) 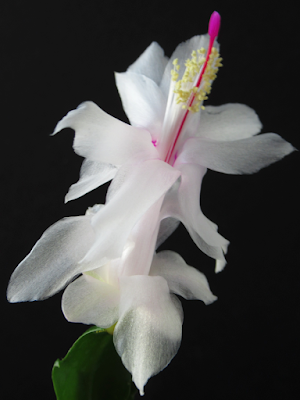 A special problem with 122A is that I already know what I'm going to name it, because I just like one of the names that much more than the others. I mean, we'll go ahead and look at the list of names, because it's something to talk about, but don't expect me to act like there's any suspense here. 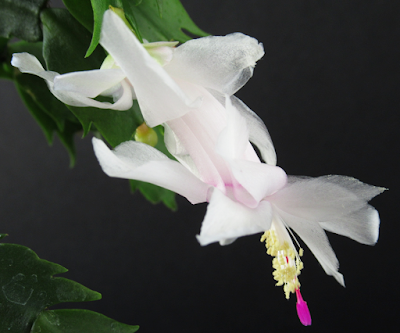 Coconut Shavings is, I think, pretty self-explanatory: the color and slight translucence of the petals is similar to that of coconut shavings.

(While I'm here, I feel like I should also note that despite the recent faddishness of coconut oil, it isn't especially "healthy." If you want saturated fat, eat butter. Food is not magic; nothing you eat will prevent your eventual mortality; coconut oil as a health food is a scam, and in 10 years the people currently telling you it's healthy will claim they always knew it was basically lard in a fibrous woody shell.1)

Lyle Lovett was previously considered for 112A Lavaball, 128A Sloths Arrive Late, and 290A Our Lady Of Assumption, and was respectively rejected because 1) the name works better for a white seedling, 2) it's probably a good idea not to name seedlings for living people if there's a chance they might turn out to be horrible, and 3) it was up against a name I preferred. Being up against a better name is why it's going to fail for a fourth time. 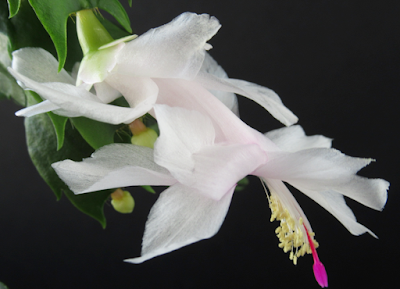 Myrtha was suggested last June by an anonymous commenter:

May i suggest Giselle or Myrtha for another white flower? These are both characters from the ballet giselle where spirits of rejected women (called wilis) curse any trespassing men to dance until they die (as you do in a ballet). Myrtha is the queen of the wilis and is stumped when giselle steps forward to protect a count from certain death.

I'll probably use the name eventually, but not for this one.

I'm going with Tickly-Benders, yet another term from the dialect dictionary. It describes thin ice (like on a pool or small lake) which is strong enough to hold a person without breaking, but thin enough that it bends under their weight, and also the act of walking on such ice. There are a number of variations on the term, including one I actually like better,2 but "tickly-benders" seems to be the most widely used. I'm charmed both by the term itself, and by the implication that this was a common enough recreational activity to warrant having a term for. 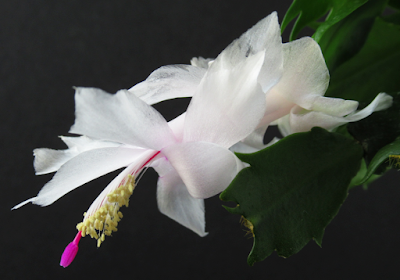 It doesn't hurt that the photos I have of the flower involve a lot of petals that are curved and bent in unusual ways, making it feel even more appropriate, though later blooms probably won't look the same. In any case, this one's going to be 122A Tickly-Benders.


1 Coconut water, on the other hand, may be fine; it sort of depends on what you'd be drinking otherwise. If you're replacing water with coconut water, you're not doing yourself any favors. If you're replacing soda with coconut water, good for you, that's a step in the right direction. Coconut water doesn't give you anything you're not already getting elsewhere, but it's not as sugary as juice or soda, so go for it, I guess.
Coconut water does not hydrate you any more / better / faster than regular water -- I'd even question whether "more / better / faster hydration" is a valid concept in the first place. (If your body needs water, maybe . . . give it water?)
Also coconut water is grotesquely overpriced for what it is. If you are overburdened with money and need to burn some of it to feel better about yourself or healthier or whatever, the donate button is in the sidebar, at the top of the post.
Unless you're reading this on a phone, in which case I have no idea where the donate button is.
2 ("Kittly-benders")
Posted by mr_subjunctive at 3:00 AM