Queen Bee Luscious is unusually difficult to photograph, because her spathes have a very pronounced saddle shape to them. 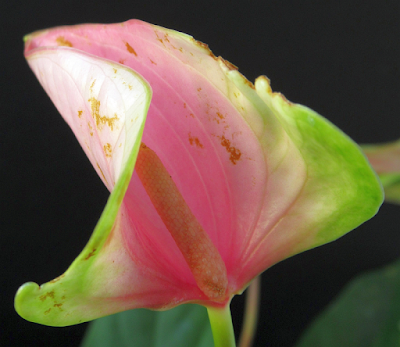 Or at least usually they do: the first bloom looked more or less normal. Except for the missing spadix. 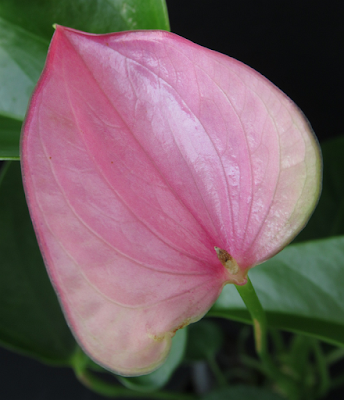 As mentioned in the post for 1323 Kayla Stratus, QBL also has a lot of thrips damage, which is really disappointing. 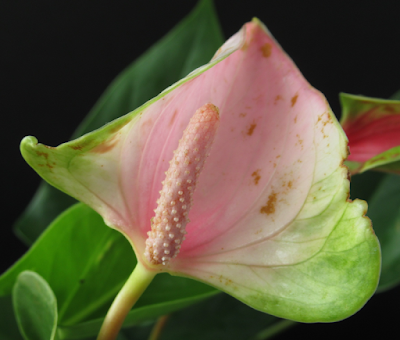 On the positive side, she's produced a lot of blooms under nonideal conditions, and I feel like if the thrips weren't involved and she could consistently remember to make a spadix, I'd think of the inflorescences as "pretty." (As it is, the thought is more potentially pretty.) 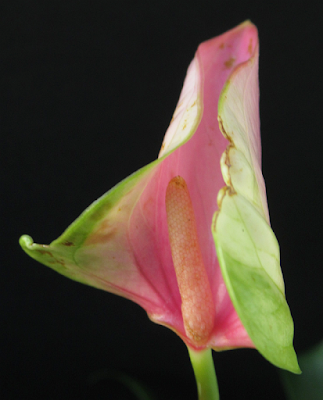 The foliage is surprisingly unblemished: 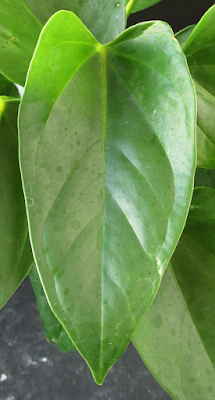 And there's a decent amount of it (at least, there was last November when the photo was taken): 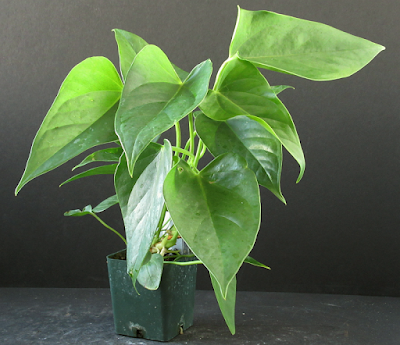 Though the internodal distance is a bit of a problem, as it was with 'Joli,' the seed parent. So I'll keep her, but she could also be doing better. 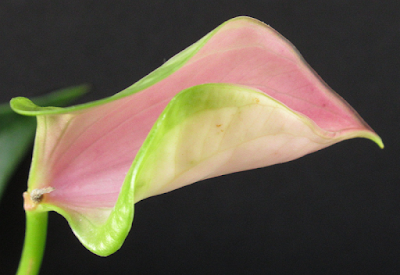 QBL is one of the seedlings in line to be promoted to a 6-inch pot the next time I have room to do that: maybe she'll handle herself a bit better once that's happened.

Side note about the blog: I'm probably going to have to slow down or stop for a little while after this post, as life has become a bit unmanageable again. Everything is fine; I just can't keep up.