About a week ago, I went back to the ex-job to look around and buy clay pots and talk to people and that kind of thing, and saw this while I was there. We had three Ardisia ellipticas in 6-inch pots, that had all gotten pretty big and then all but stopped growing, which nobody has been interested in buying so they've been stuck in a corner for the last, like, eight months or something.

When I was there last, though, all three plants were budding like crazy, which I thought was kind of cool. Flowers would have been cooler, but I was too early. 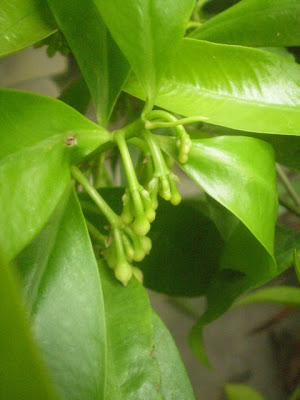 I've seen Ardisia flowers once. We had a bunch of Ardisia crenatas that did the same thing: we potted them into 6-inch pots, they grew for a while, then stopped, and then they all flowered at once. Unfortunately, I didn't get any good pictures of the crenata flowers, because they all flowered at the busiest, craziest point of the busiest, craziest season, so I only had one chance to take pictures and the pictures I got didn't turn out well. They weren't interesting flowers anyway, just little white things. Closest thing I can think of would be the little white flowers on some ornamental peppers. 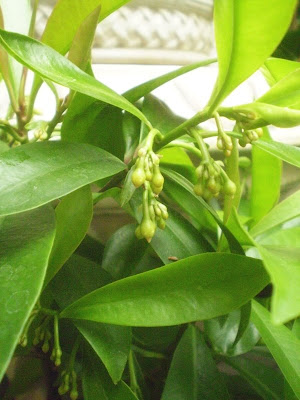 I will follow up with pictures of the elliptica flowers if I manage to see them.

Not seen them budding before. Be fascinating to see the flowers.