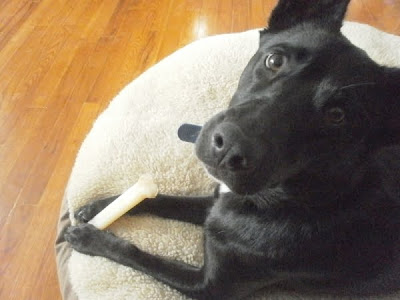 Not a particularly big week for Sheba or Nina -- as far as I know. (They don't tell me everything.) Sheba got to come to Iowa City with us yesterday. I was pretty desperate to get out of the house too.

The ex-job just got in a new batch of plants, including some pink-stemmed Aglaonemas (which our supplier was always telling me were just not available anywhere) and a bunch of ornamental pineapples -- including a dark brown/black pineapple I found intriguing, but too large and too expensive for me. When they wind up sitting unsold, as will inevitably happen, and somebody divides off a bunch of the pups to sell as 3- or 4-inch plants, I'm totally getting one of the pups, though.

(Somehow I have room in the future for small plants that have gotten big, but not room in the present for big plants that are already big. It's interesting how that works.)

Anyway. I got a few pictures, so there may be a Walkaways post in the near future.

I wound up buying an Episcia NOID, because my experiences to date with an Episcia 'Coco' (by trade, from Kenneth Moore, about six weeks ago) have been a lot more positive than I was expecting. (That is to say: the plant did not arrive, immediately die, and then burst into flames.) Hopefully this won't be another thing like with the Saintpaulias, where I went from zero to nineteen in the blink of an eye, and then killed eighteen of them a few months later. I can see how Episcias might become habit-forming. 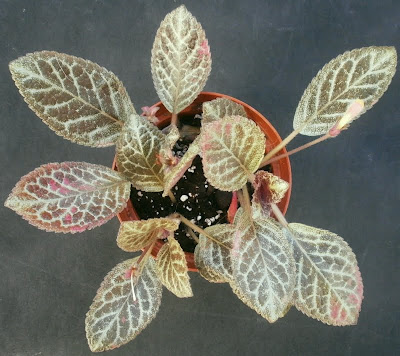 Whaaaat? They keep secrets from you? Ingrates.

Very cute pic of sheba; love the way she's holding the bone between her paws :)

That is an absolutely adorable picture of Sheba.