Some of it is just that there are pretty colors, and I like pretty colors. In fact, that's probably the main appeal, but it doesn't explain why leaves. The world is full of pretty-colored things I could take pictures of. Candy wrappers, yogurt-cup lids, my collection of superballs -- 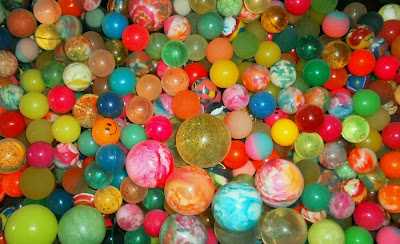 and so on. It's not even strictly a botanical thing, the transmitted light photography, because I could just take pictures of flowers all the time, if I were looking for brightly-colored, botanically-relevant pictures. So there's something specific to the veins.

And I think the explanation is that I see the leaf pictures as street maps. I wind up looking at real street maps quite a bit anyway, but also I used to play a lot of Sim City, particularly the last one, SC4, when I find myself without internet access, or when I'm merely extremely bored and can't work on the blog. I'm pretty sure I did everything I could possibly do with the game a long time ago, but I still like fiddling with it.

The point is that leaf-venation is a transportation network, and transportation networks fascinate me. And different leaves are reminiscent of different kinds of street plans. London (or at least parts of London) has weird, curvy, organic street networks. Washington DC streets are usually straight, but go in every crazy direction. Council Bluffs, IA has incredibly boring, straight, evenly-spaced streets in a perfect grid. Murphy, TX (suburban Dallas) has a more or less regular grid of main streets, but each square in the grid contains all kinds of curved, inefficient streets that frequently subdivide into cul-de-sacs. And I see similar patterns in the leaves. Most leaves fall into the Murphy pattern, but pretty much the whole Maranta family have Council Bluffs veins. Ferns tend to be London-like.

Something to think about, maybe, if you want, as we peruse this thirtieth batch of photos. In a lot of cases, of course, the venation won't be clear from the small versions of the pictures, but you can see them enlarged by clicking on them or opening them in a separate window. Not every leaf necessarily falls into one of the above models, which were only ever supposed to be broad descriptions in the first place, but I've opined below about which plants fit which maps. There are probably better city choices to be made, too, cities with street plans that are more exaggerated versions of the above (though Council Bluffs is pretty extreme already). Feel free to go to Google Maps if you like. (I would have included Google Maps maps in the post, but as I understand the Terms of Service, I'm not allowed to.) There are also some actual landscape shots at boston.com that are interesting, if thought of as leaf-veins, from in and near Fort Myers, Florida. 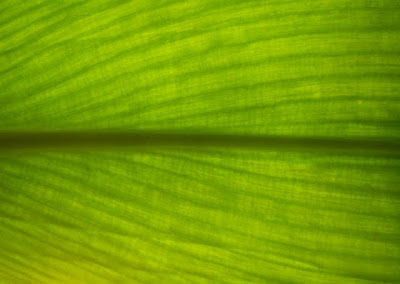 Eucharis grandiflora. Definitely built along the Council Bluffs model, though a little less regular than the town. This is a really frustrating leaf to try to photograph -- somehow the venation always seems clearer in person than it appears in the photos -- but I'm impressed with it as a houseplant. I can't figure out why more people don't grow it indoors, but I know there has to be a reason. 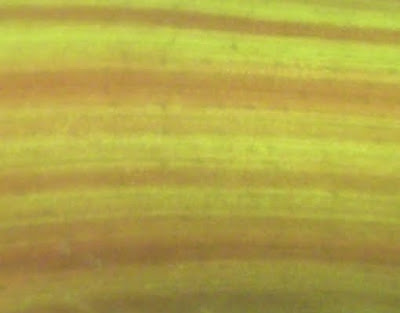 Tillandsia cyanea. For obvious reasons, we don't build road networks that have a bunch of parallel roads with few or no cross-streets. T. cyanea will only get the reddish stripes if grown in pretty intense light, and once it gets the stripes, you have to be pretty close to the plant in order to see them. 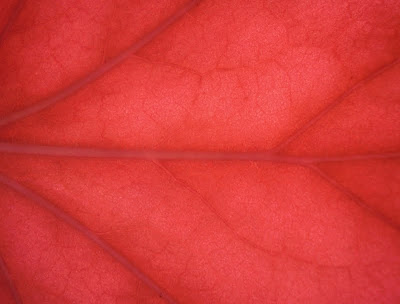 Heuchera 'Georgia Peach.' The contrast on the photo isn't quite good enough to tell what's going on here exactly, but it looks to me like something in the Washington / Murphy mode. 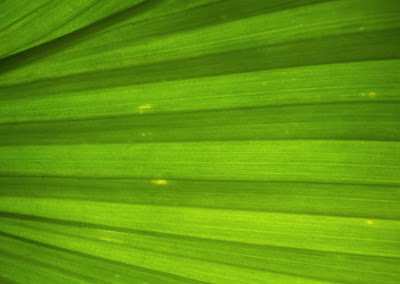 Asplundia 'Jungle Drum.' Also not much like an actual street map, at least not from this far back. Up close, the veins are mostly parallel, with occasional cross-veins at irregular intervals. Basically a Washington/Council Bluffs cross. Incidentally, I'm basically convinced now that this is actually Asplundia 'Jungle Drum.' Carludovicas look nothing like this, as far as I can tell from the internet. I'll go back and update everything whenever I get the time. I've got quite a list of corrections piling up. UPDATE: Done! 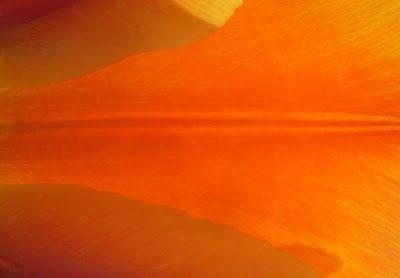 Tulipa NOID, petal/sepals. Also basically a bunch of parallel streets, but the color is pretty. This is probably my favorite of the group, plain though it is. 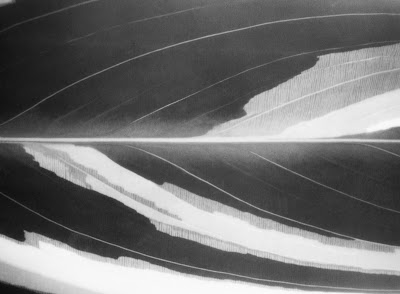 Stromanthe sanguinea 'Triostar,' in black and white just to try something different. Stromanthes are total Council Bluffs plants, though that's hard to see in this photo. The light gray areas, at full magnification, look very orderly, though. 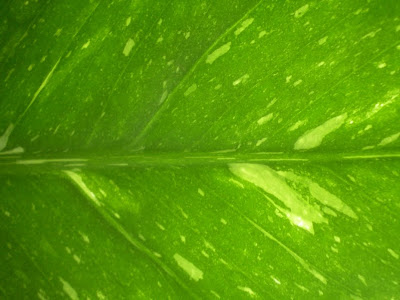 Monstera deliciosa 'Cheesecake.' Also not a good example of road-mappage. In fairness to me, the pictures were in this post long before the road-map thing got added, so I wasn't choosing them with an eye to how well they'd reflect it. Arguably, this means that I should have waited to write about it until I could pick representative pictures, but, um . . . hey, isn't that Halley's Comet? 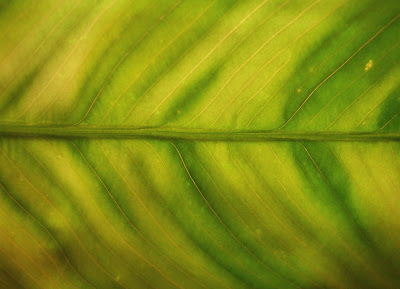 Stromanthe burle-marxii. Council Bluffs all the way, if you look at the cross-veining between the main ones. The main veins on their own mostly resemble Fort Myers. The coloration on this picture freaks me out a little. There's something about it that evokes the word "electrical," for me. 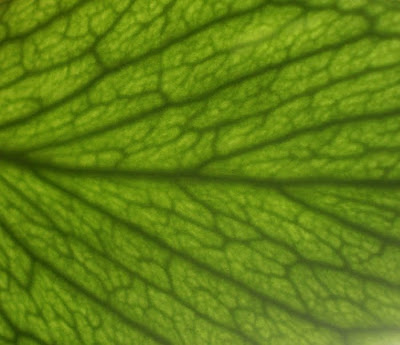 Hoya polyneura. This might be the only Hoya I've ever seen that had venation significant enough to show up in a picture, and looks like sort of a London-Murphy combination. Nice plant. Not a lot of Hoyas out there that I'd consider growing just for the foliage, but H. polyneura is pleasant. 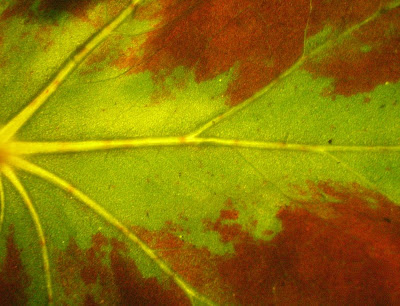 Begonia NOID. Not really vein-relevant (the main veins have that sort of extremely organized haphazardness that you find in Washington, though), but the colors and patterning are pretty. I bought a leaf of this and tried to start new plants from it by leaf-section cuttings, which I only just moved to individual pots a couple weeks ago. Most of those look like they're going to survive, though there are four or five that I'm not going to count on.
Posted by mr_subjunctive at 2:30 AM

My admiration for you know no bounds -- you actually read the Terms of Service!

BTW, your website is doing something weird today. After I enlarge the pictures, when I hit the Back button, it takes me to your Saturday post.

I don't always read the TOS; usually they all say the same thing anyway. In this particular case I was checking specifically to see if there was a prohibition on taking a screenshot, and there was. I didn't check the TOS when I took the screenshots from Google Trends, for the Fun With Google Trends post, and probably should have.

While we're on the subject: last night Adobe Flash Player updated itself, and in the process asked me to agree to the EULA (End User Licensing Agreement). Normally I just click without reading, but this time I decided to read through it just to make sure there was nothing in there about giving Adobe my immortal soul or something (sounds like a joke, but it has actually happened). So I went through the requisite clicking, and was eventually directed to a 280-page .pdf file, which didn't even load properly -- I got an error message saying something about a corrupted file or a conflict during uploading or something (don't remember), and then wound up looking at a 14-page document that was blank, instead.

So not only do I have no idea what I've agreed to, with Adobe, but they didn't even give me the chance to find out. Though, arguably, that means I can do whatever I want to with Adobe Flash Player, because all I agreed to was 14 blank pages.

As for the site, I can't think of anything I've done that would cause that, and I can't get the site to do it to me, so I have no idea what to tell you.

The streets of DC fascinate me. Generally speaking, the roads are laid out like spokes on a wagon wheel, and all those crazy turnabouts were (so I heard) planned so that invaders would be totally confused.

My brother once described the street layout of Boston to be like "a bowl of spaghetti." That struck me as pretty close.

Not as deep as the other comments, But I was amazed that the black and white light picture looks so much like a drawing up close. Like you could swear that was done with charcoal, very nice

I was just playing SimCity 4 today. I'm not very good at it and just end up spending hours making elaborate parks and things.

Also reminded of a peculiar Disney cartoon I saw yesterday, which discussed the golden ratio and prevalence of fractals in nature. It specifically mentions Hoyas (although it refers to them as wax flowers) at one point even: http://www.wimp.com/mathemagicland/

The only thing I know about Boston's transit system is the Big Dig.

Well, it stopped doing it. Probably it was some glitch in my macbook, rather than your website.

The people at the Apple Stores keep sneering at me for having a four year old machine. I remember the good old days at the Genius Bar when we older customers were applauded for keeping our machines going. Now, it's just a constant push of new products.

Fascinating post and since I'm kind of into transcendentalism from say a Whitman, Thoreau and Emerson point of view--I find this very exciting and a great comparison. Sounds like I wish you traveled everywhere so I could hear about more roads. I think a carob pod might represent San Francisco's lumpy roads. LOL.