In the event that #025 "Clownfish" is unable to fulfill its duties as the Best Orange Seedling, I think #023 should be able to fill in just fine. In fact, #023 may be superior -- it's certainly got a lot more blooms on it at once than "Clownfish" has ever had. 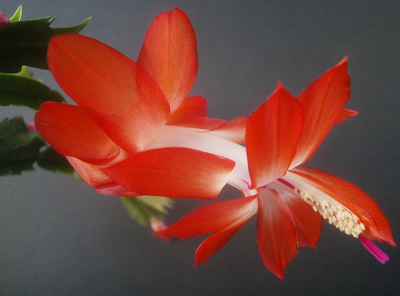 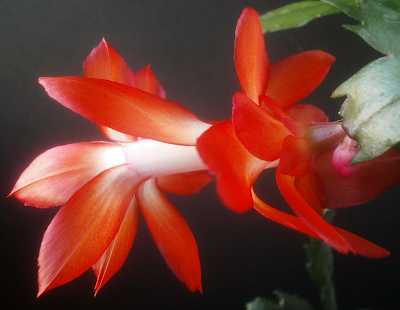 I'd been expecting TinEye to shrug its shoulders and throw up the same collection of leaves / pumpkins / tomatoes / etc. it gives me every time, but I actually got a substantially different group. Which was nice. Lots of graffiti (apparently people really, really want to write on the color orange with a black marker -- there were bridges, bathroom stalls, t-shirts, a record or record mock-up, something unidentifiable that might have been orange wallpaper), a few citrus-themed photos (blood oranges, "Ruby Red" grapefruit), surprising numbers of license plates and tennis players on red clay courts, miscellaneous building materials (wood, terracotta tiles, brick), and one place to buy building materials (Home Depot). 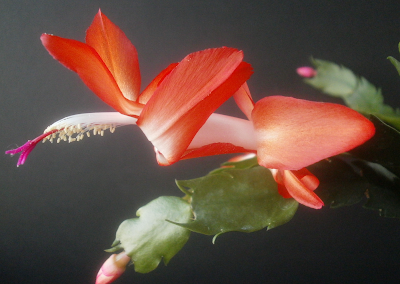 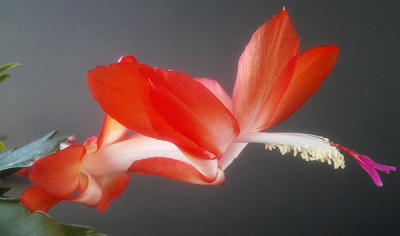 I was sort of tempted to go with "Tennis Court," as a reference both to the color of clay courts and the Lorde song1 (which I remain fond of), but an image search for "tennis court" suggests that although not unheard of, orange is an uncommon color for tennis courts, so it'd be confusing.2

So the upshot is that I was unable to build a name out of the TinEye results, even given a substantially new selection of TinEye results, and it seems like that's going to happen a lot more often unless some seedlings start blooming in non-orange colors. Which they do not currently seem motivated to do.3 So for this one, I'm making the executive decision to call Schlumbergera #023 "Stoked." Because I am a California surfer dude from 1991, apparently.


1 2 More confusing: lots of blue courts. When did tennis courts start being blue? And why? What was wrong with green? So many tennis-court-related questions.
3 There's one with a magenta bud right now, #078, but it wouldn't be the first time a magenta bud made a last-minute swerve to orange. Buds'll lie to you.
Posted by mr_subjunctive at 3:00 AM

Another gorgeous creation! When will the plants be big enough for you to start selling cuttings?

Anything I've identified and tagged, I can probably start taking cuttings of nowish, though not very many cuttings, and I'm too late to do most of the interesting ones because I didn't get them tagged in time: I wouldn't know what I was propagating for sure.

I'm considering offering cuttings for sale in the spring; if I do that, the most likely seedlings to be offered are:

And I would probably only be able to offer cuttings to the first person interested in each one, since the plants are small enough yet that there's not a lot of material to propagate.

There are a few new buds on some of the plants I blogged about in December, as well as a couple first-time buds. If everything goes well, I should be able to identify and propagate these as well:

Enough things need to go the right way for any propagating and selling to happen that I'm not sure if it's realistic to hope for this year or not, but it's at least not impossible yet. If some Iowan people would start responding to my Craigslist ad so I can clear off space for new Anthurium and Schlumbergera seedlings, that would really help, but you can't make Craigslist people do anything, grumble grumble.