So the last thing I'd heard, season 7 of RuPaul's Drag Race was supposed to premiere yesterday, March 2, but when I checked on March 1 it was already up at LOGO's website, which was confusing. LOGO's been weird about the timing of the premiere for months now: for a long time they wouldn't name a specific date at all, and then they gave a few different dates, and after seeming to settle on one they don't even stick to it? But then the husband and I watched it on Sunday night1 and all became clear: they were debuting everything except for the final judging at the end, so the actual debut really was yesterday and everything makes sense again. In any event, the point is that I was trying to time this bloom's debut to coincide with the beginning of Drag Race, which I have now done even if it was confusing and adds very little to the post itself.

I'd also like to take the moment to note that one of this season's contestants, Sasha Belle, is from Iowa City, so if she seems at all pleasant on the show, I feel like I kind of have to root for her.2 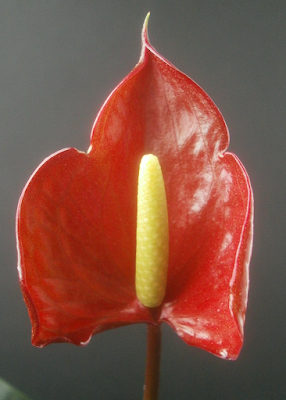 The weird margins are, I think, the result of some kind of stress or damage while the bud was developing, and not something we should expect from every inflorescence, but at least they're symmetrical, and they kinda make it look cool. (Right? It looks cool?)

Eight days later, the spathe did that annoying back-flip thing that spathes often do, rendering the bloom more or less impossible to photograph. 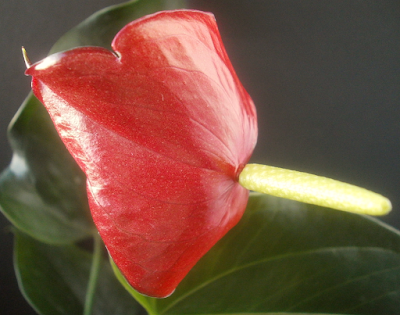 So that was a little disappointing. But I've learned not to assume too much from a first bloom. We'll see if Ru gets her act together in subsequent bloomings. 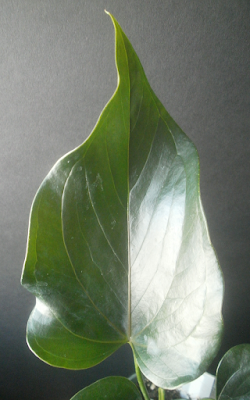 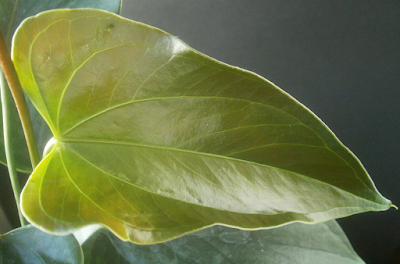 Final assessment? It's okay. Not my favorite seedling by a long shot, but it has potential, maybe, especially if it can be induced to bloom again, or if I can get it pollinated. We'll see how it goes. 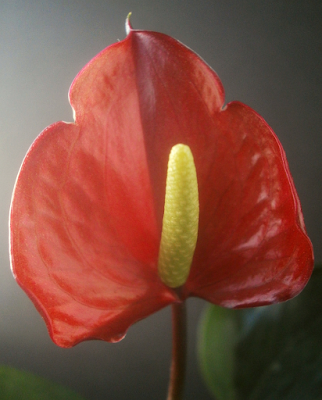 
1 On LOGO's spectacularly terrible website, which is so loaded with ads and trackers and goodness knows what else that it is almost impossible to navigate and frequently crashes. My interpretation is that the entire website is some kind of passive-aggressive attempt at getting us to sign up for cable, which we will never do because our local cable TV monopoly, like all cable TV monopolies, is awful to deal with in every conceivable respect (signing up for service, getting service, calling for repairs, getting repairs, pricing tiers, billing, billing disputes, closing accounts, etc.). So I feel like LOGO's just abusing us for no reason, which some pretty ballsy behavior coming from a network with one good show.
2 She also does shows at the club/bar where the husband and I met, which is another small reason to root for her, though she wasn't actually working there that long ago and I've never actually seen her perform in person. And probably never will, because clubs are loud and I am old and the whole thing just seems like it would be totally miserable for me. But I, you know, support her from afar. I guess. In theory. She seemed okay in the 20 minutes or so I've seen.
Posted by mr_subjunctive at 3:00 AM

I think it would be awesome if one of these days you do an interview with your husband for this blog. The things you have written about him make him sound like an interesting guy. Mostly, though, I am very curious about what he would say about how it is to be living with all your plants.