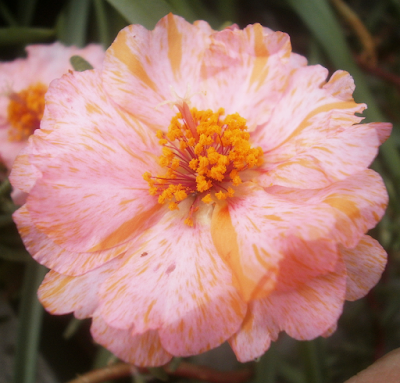 I've seen speckled blooms before (there's one in this post), but before, they've always been dark pink speckles on a light pink background. This orange on pink thing is different. 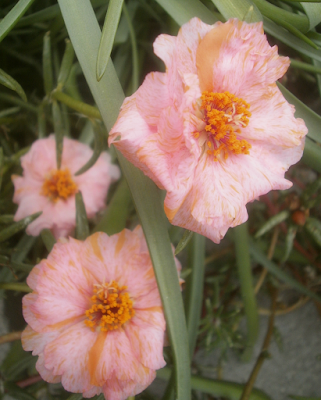 I don't actually like it that well. It looks nice enough close-up, I guess, because of the pattern, but the color doesn't quite . . . work with the other blooms. I mean, they're mostly pretty basic, simple colors: red. White. Yellow. Etc. A weird not-quite-pink-but-not-orange-either just doesn't look like it belongs with that palette. 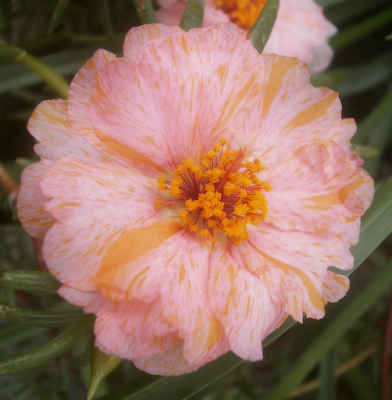 I'm interested in knowing why there have been so many pink-speckled blooms, and only this one plant making orange-speckled blooms. I'd be all over a bloom that had dark orange speckles on a lighter orange background. Have I not seen that because the plants can't do it? Or because they won't? 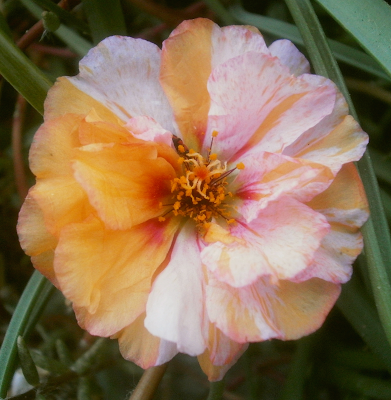 This last photo is from a later blooming of the same plant, and gives the impression that maybe it's not actually trying to make pink blooms with orange speckles and succeeding, but trying to make solid orange blooms, and failing.

That's a colour combination I've never seen either, despite all the plants I sell every year (and I'd grow them, too, tons of them, if only I had the space.)

Add me to the list of "never saw that before". While it is interesting, can't say I find it at all attractive ....