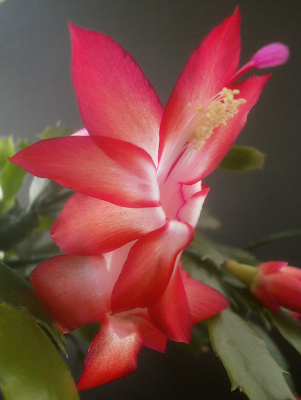 Sometimes I wind up just liking a seedling without having any clear idea why. 074A is one of those. So I'm hoping for a particularly good name this time. We'll see how it goes.

I found 32 possible names on TinEye, of which only 6 seemed like they could be good enough for this seedling. I'll break with tradition and give you all six, with their pros and cons, all at once:

• Blood Sugar
Pro: Name evokes sweetness (sugar) and gets the color sort of right (blood). Relatively intense and extreme without being all LOOK AT HOW INTENSE I AM! SNOWBOARDING! MOUNTAIN DEW! RAAAAAAAAR!.
Con: Name also evokes diabetes, and the Red Hot Chili Peppers. Not that I hate the Red Hot Chili Peppers exactly. My feelings on the RHCP are complicated and difficult to explain. (I'm pretty firmly anti-diabetes.)

• Pink Disco Trilobite
Pro: Trilobites are (were?) awesome; disco trilobites, or trilobite discos, would surely be even more awesome. References the color explicitly.
Con: Long, and hard to type.1 Doesn't make much sense, in or out of context. Flowers do not actually resemble trilobites in any way. I like it now, but could it continue to amuse me in the long run? Color may be more red than pink.

• Vroom
Pro: Short / easy to type; unlikely to be in use already; evokes movement and power.
Con: ? 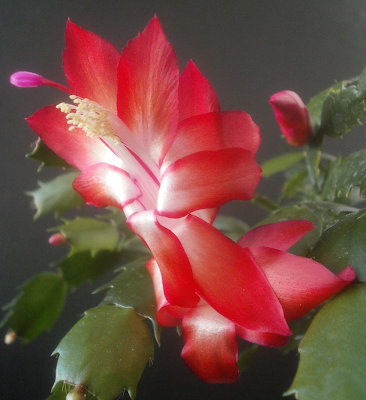 So okay. After writing all that, I've narrowed it down to three: Pink Disco Trilobite, Tom Waits, and Vroom. And then a couple days passed after the previous sentence, and I have decided that this is indeed too pretty to name for Tom Waits, however much he deserves to have things named for him. And after having to hand-write a short list of some of the existing seedling names, I've decided that Pink Disco Trilobite, though I still really like it, is too long.4 Which leaves Vroom, so: Vroom. Not sure this is as especially awesome as I had been hoping for, but oh well. 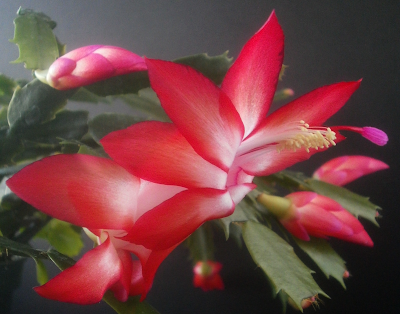 
1 (I feel like shortening it to "Pink Trilobite," "Pink Disco," or "Disco Trilobite" makes it significantly less awesome -- all three words are necessary.)
2 Though if this is too pretty, what kinds of plants could you appropriately name after Tom Waits? A Yucca? Green beans? A Euphorbia?
3 022A "Sad Tomato" (references REM's "Crush With Eyeliner"), 028A "Phil Collen" (Def Leppard guitarist), 028B "Neon Like" (Björk song title), 073A "Laurie Anderson," arguably also 099B "Karma Cobra," since it's close enough to a Massive Attack song title to get the song stuck in my head
4 As was 105A "Berry Rhubarb Fool," but it's too late to change that now.
Posted by mr_subjunctive at 3:00 AM

Whew! As I read the list of potential names, I hoped you'd choose Vroom. It's an excellent name for such a beautiful bloom.

Personally, I like trilobites. How about Sunset Trilobite? :D