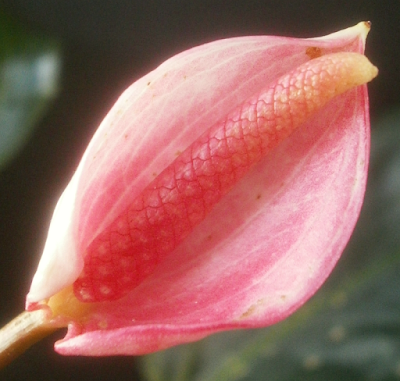 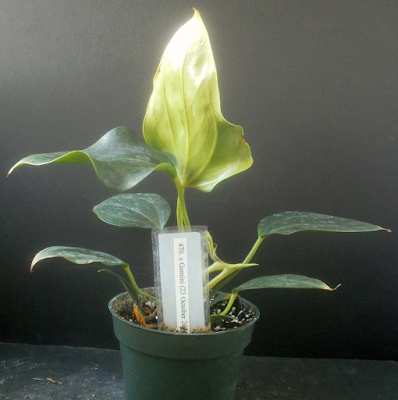 there is still some damage from thrips, and there's actually a scale insect visible in the representative-leaf photo below: 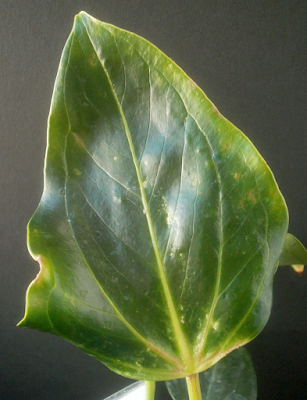 It's almost exactly in the center of the leaf, just to the left of (and touching) the midrib.
I'm going to give myself the benefit of the doubt there and assume that I didn't notice it when I took the picture.

I haven't thrown Heather out yet for two reasons. First, the scale appears to have been eliminated -- no signs of it recently -- and the thrips damage isn't very bad on the leaves. The scale photo notwithstanding, she's not a particularly buggy plant. Second, there was a second bud in progress, and I wanted to see if it would be an improvement on the first bloom or not before I made my decision. 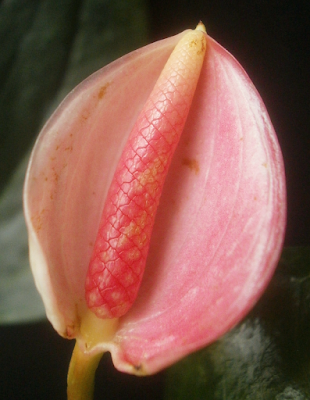 It wasn't. I mean, maybe technically. But not enough of an improvement.

Heather's still here as I write this (2 April), but I'm not expecting to hold on to her much longer. She's not in good enough shape to sell, she's not interesting enough to breed with, she's not really serving any useful purpose.