On 17 September 2013, I got three seeds of Araucaria bidwillii from seedman.com. 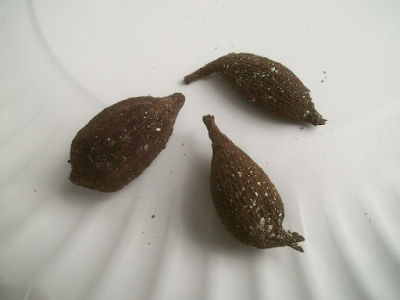 I got germination on only one of them, the following January,1 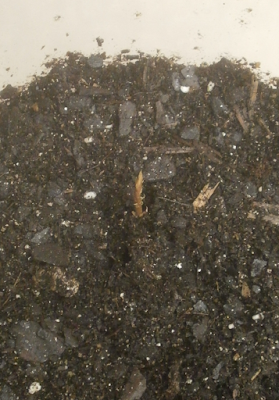 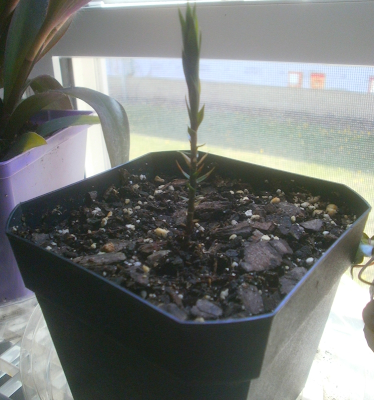 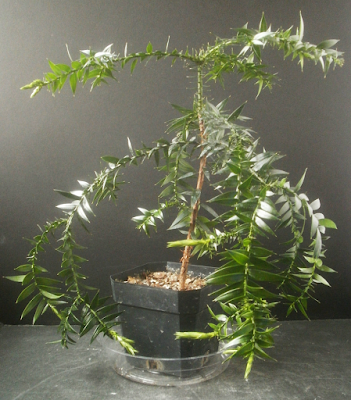 4 April 2016.
Which is about the size it should be, as a 2 1/2 year old. I think I'm going to need to relocate it soon, because it's getting too tall for the kitchen window where it's been living, and the location is becoming unsuitable in other ways: I suspect the lower ring of branches is pointed downward because all the light is coming from the side of the plant. If the light were coming from above, like it's supposed to, they might be more horizontal. I suppose I'll find out whether my suspicions are correct when I move it.

A much older plant I bought in December 2006 (as a plant: I didn't start it from seed) has become way too large to photograph easily. The last time I did so was, coincidentally, September 2013: 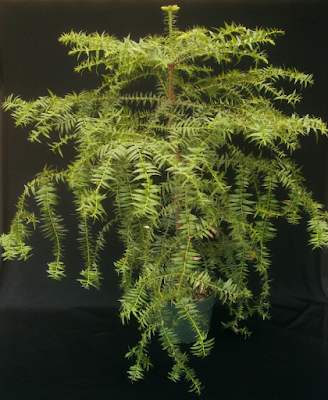 I estimate that it was about a year old when I bought it, which would make it seven and a half when that photo was taken; it's nearly ten and a half now. I can't get pictures at the moment,2 but I'm making a note to try when it warms up a bit, because it's impressive. (Even if it weren't impressive, I'm apparently overdue for a photo.)

A. bidwillii has been an exceptionally trouble-free plant for me. No bugs, no rot, very little branch drop: I am apparently simulating the exact environment it's looking for. The worst problem I have with it is that the leaves are as sharp and pointy as they look, so it's kind of a pain to bring upstairs to water, but I only have to do that every four weeks, so even that isn't that big of a problem. Heartily recommended, should you happen to encounter one somewhere.


1 Which is typical. Maybe even better than average. I don't have much problem with seeds I've produced, but I'm not great with seeds from elsewhere. Whether this is the fault of the source, or I'm not germinating them properly, or what, I'm not sure: I just know that when I buy seeds, I generally don't wind up getting plants out of it, so it's mostly a waste of time and money.
2 No location large enough for a photo in the house, and it's too cold outside at the moment.
Posted by mr_subjunctive at 3:00 AM

Wow. Those Australian conifers never cease to impress and amaze me! If yours ever end up getting any cones, watch out below.