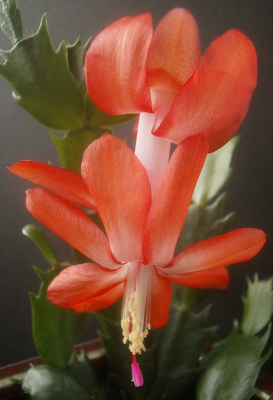 212A is more special than it looks; it's the second of three seedlings so far that weren't sown in 2012.1 I mean, it's still orange / white and everything, and it's the least interesting of the 2014 batch. But it's okay. Photographs pretty well. 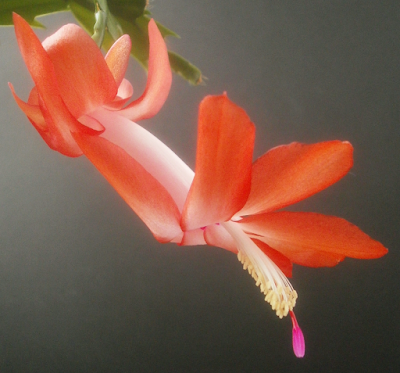 I originally intended to follow standard procedure for naming it -- generate a short list of options and then nitpick them down to one -- but then on Wednesday I ran into a video involving Molly Ivins, and pretty much decided after watching it that this seedling had to be named after her.2 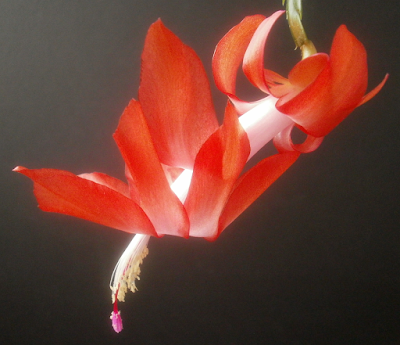 The video is definitely not safe for (most) work. It includes, from the very first second of the video, uncensored shots of anatomically explicit sex toys educational models, adult language, and footage taken from the Texas State Legislature as it deliberated on bills related to the criminalization of sodomy. I mean, that last thing's not especially explicit, but it's awfully embarrassing, and you don't want your co-workers to hear you cringe. 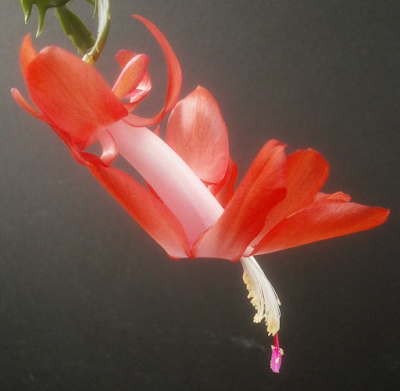 The point is, definitely do watch the video, because the punch line is good,3 but maybe wait until you're home.


1 The first being 208A Raspberry Possum. The last was 217A, which will be in the next Schlumbergera post.
2 (The name Molly Ivins had previously been considered and rejected for 056A Demons Begone and 089A Halloween Moon. In the first case, I rejected it on the grounds that Ivins' hair was never that orange, and I was holding out for a more color-appropriate seedling; I have decided that I'm not going to let that bother me this time.)
3 Having read the story as written by Ivins long ago, I knew the punchline already, but I was spellbound by the footage from the Texas Lege anyway so I still considered the video worth the time.
Posted by mr_subjunctive at 3:00 AM