I couldn't confirm that this is a registered hybrid name. The International Orchid Register site where I look this sort of thing up only returned Cattleya and Paphiopedilum varieties, and none of those were "Massai" by itself.1 Presumably this is another misspelling, though often when I enter a misspelled orchid name into an internet search, I get an auto-corrected suggestion which turns out to be correct; nothing like that happened here. *shrug*

You can see for yourself what the tag said: 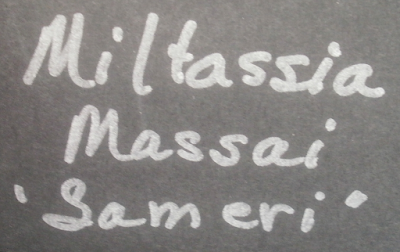 I found sites selling Colmanara Massai Red and Colmanara Massai White; neither looks similar enough to this to plausibly be the same plant, so there may be a mistaken ID on top of a misspelling. 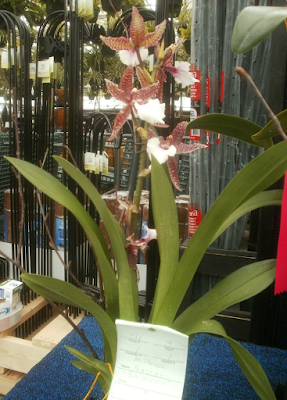 In any case, the plant itself is pleasant. 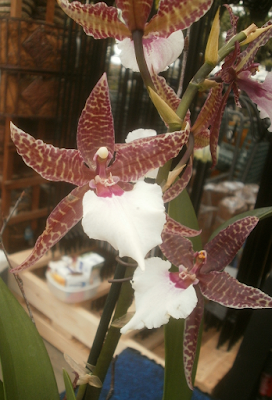 I like pointy tepals, especially when they're wide enough to show patterning like this. My favorite orchid from the whole 2016 show is along these same lines, though with a different color scheme. You won't get to see it until 8 November, but, hey, now you've got a reason to make it to 8 November.