Finally we get to talk about 0805 Triana Hill. I've been excited about this. 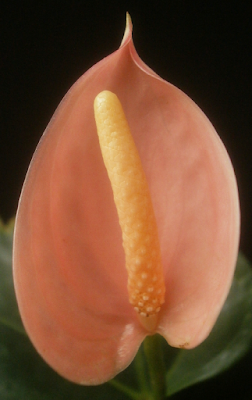 Triana's color isn't unprecedented: 0097 Colin Ambulance, 0328 Polly Esther Blend, and 0596 Alisa Summers have all been pretty similar. But Colin has trouble with thrips, and his blooms are short-lived. Polly flips her spathes back, which is annoying, and her blooms are relatively small, too. Alisa's good -- one of the best seedlings I have, of any color -- but she's still only one plant, and things happen.

I don't know whether Triana will turn out to be quite as excellent as Alisa, but we're off to a good start. Her foliage is generally pretty nice, 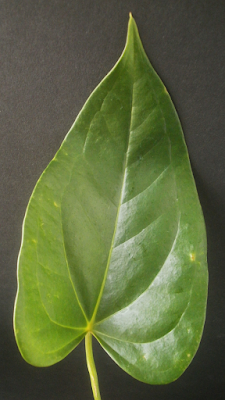 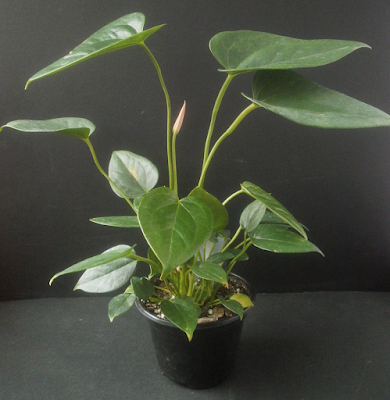 I would like it if Triana and Alisa both held onto their peachy, light orange hue a little bit better: in both cases they open up peach but quickly turn light pink. The peach is more interesting. 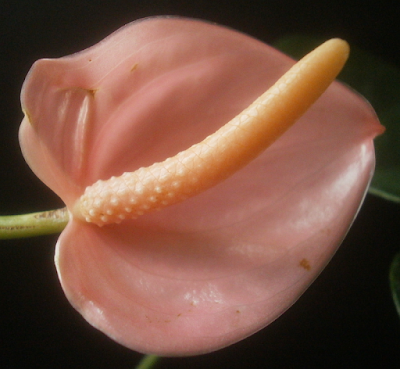 The most recent bloom, a few days after opening. 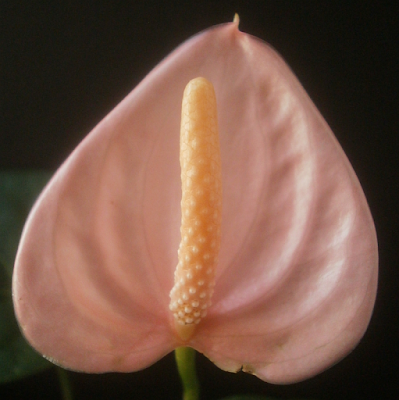 I think this is the first bloom, a few weeks after opening. The difference isn't huge, but since the color is subtle to begin with, it doesn't take a lot to turn it boring.
Happy with her regardless, and it's also notable that Triana is the first pretty second-generation seedling.1 She's the daughter of 0234 Ross Koz, but you wouldn't know it to look at them: 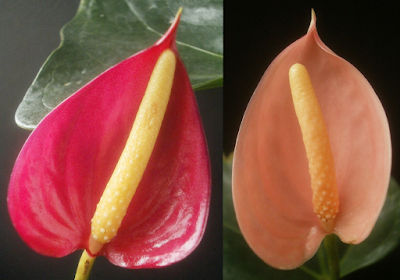 Left: 0234 Ross Koz (F1). Right: 0805 Triana Hill (F2).
Because it took me so long to get around to writing about Triana, several other second-generation seedlings have bloomed by now.2 Whether pink or orange, Triana remains the prettiest of her generation so far, though plenty of the others are still at least interesting. And new buds keep appearing all the time.


1 The very first second-generation bloom was 0716 Herbie Hind, son of 0239 Russ Teanale. I didn't like Herbie's first or second blooms, which were scarred by thrips, but one could argue that he was pretty by bloom number three: 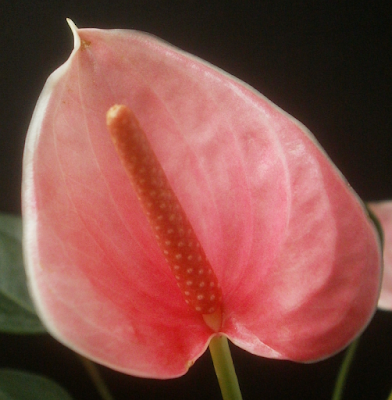 The other previous second-generation bloom was on 1038 Adlai Lowe, Triana's half-brother (Adlai's seed parent was also 0234 Ross Koz). It technically might not count as a completed bloom, since it couldn't actually open all the way. 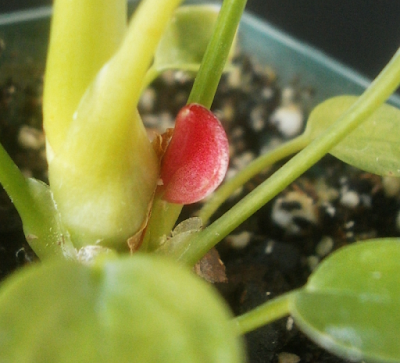 Pity about the color shift. That peachy color was quite novel.

What a lovely shade of peach! If she had a few blooms going on at the same time, which doesn't seem too unlikely given how nicely she suckers, the assortments of peach and pinks would be very charming.