Alex has a lot in common with 0339 Johnny Lufschachi. They're both dead, from rot or uprooting or some kind of root problem; neither one had particularly interesting blooms (though Alex's were definitely better); 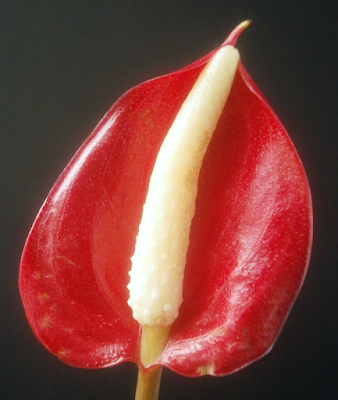 they both had pretty good, interesting foliage; 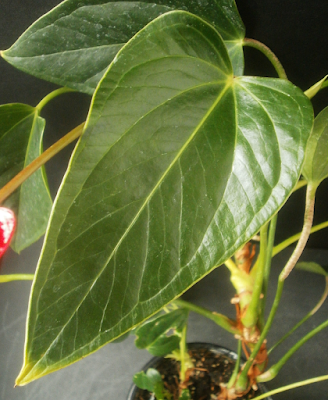 and they were both long and floppy, which I'm thinking may be related to the root problem. 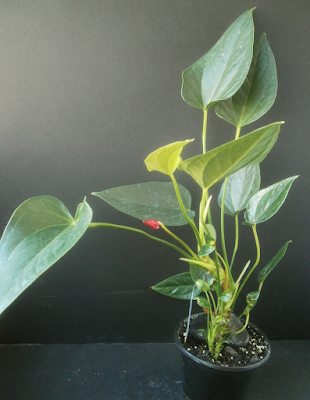 I'd originally thought that some seedlings were just unlucky, and happened to get more water than they could use, so their roots rotted, and that started a downhill slide which eventually ended in their death. Increasingly, though, I'm wondering whether the growth habit is the problem: a lot of the plants that have appeared to have root rot were also long and floppy, with a very narrow base of attachment to the soil. (You can kind of see this in the picture above: where the stem enters the soil, it's much narrower there than it is halfway up the stem, where the bloom is emerging.)

In theory, a long, heavy stem flopping over the edge of the pot would pull on the plant's base even if the plant were otherwise completely still. On top of that, though, the stem occasionally gets turned one way or another during watering, like when I need to move leaves from one plant off of a second plant's soil so I can water, or when I'm putting plants in flats or taking them out. Plus there's all the rocking and bouncing that happens when I carry the plants up and down the stairs during watering. I don't feel responsible for the plants growing narrow bases in the first place, but once I see that they have, I should possibly be more gentle with them.

Just a hypothesis at this point; I only just thought of it, so I don't have evidence yet. But explains what I'm seeing with seedlings like Johnny and Alex a bit better than the root-rot-'cause-it-got-too-wet theory. So I'll keep an eye out.