Not that much to talk about, with Lineysha. She's a bit larger than the recent new flowers have been, I guess, and although red/white isn't a new color combination, she does it reasonably well. 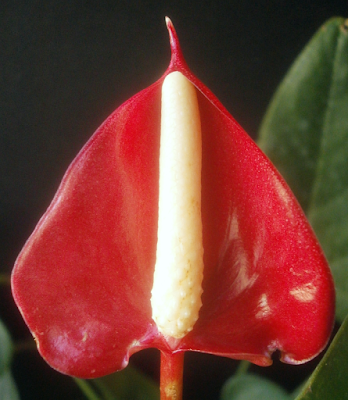 The leaves are better than average, too. 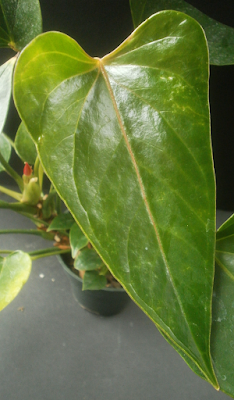 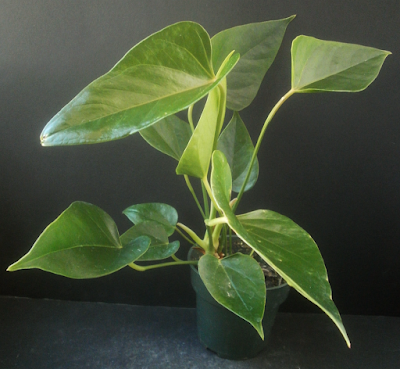 So. Lineysha's probably a keeper, but she's not likely to move up to a 6-inch pot anytime soon.

Not really any other news to share at the moment, though the Schlumbergera seedlings are still budding up just like they're supposed to, including three seedlings of the NOID magenta (180, 182, and 193) and two of the NOID white (119 and 281).

Thanks for this. Nice to see you going serious and deep. I must have a look at this movie. As a gay man myself who moved to Toronto in the late 1980's, I was struck with how Toronto gays seemed to have 3 things in common, a love of show tunes, a love for IKEA (the Scandinavian furniture retailer) and a love of hibiscus. I have alway thought the anthurium more closely resembles male genitalia than hibiscus so your attraction to it makes more sense to me - along with the fact it resists spider mites so much better than hibiscus. I'm the aspidistra guy who is also a big sansevieria fan. Recently I found that aspidistra hates a large pot - it leads to leaf-tip dieback. I like your blog even more.