Zelda's a frustrating one. It must be something with the (fluorescent) lighting in the basement,1 because I swear she's much more interesting down there than she is upstairs. In the harsh light of day, though, her blooms are merely pink / yellow, with a lot of thrips damage. Hard to get excited about. 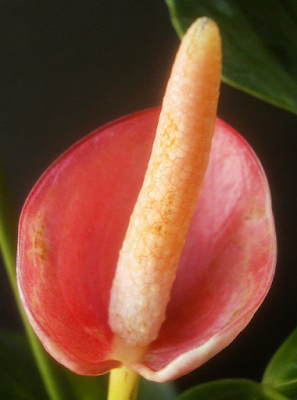 On the other hand, Zelda's got more interestingly-shaped leaves than most; the normal heart shape is still present, but the lobes of the heart are so small that they're barely there at all, making the overall leaf shape all but triangular. I mean, I'm not going to go so far as to say that it's necessarily attractive, but it's certainly different. 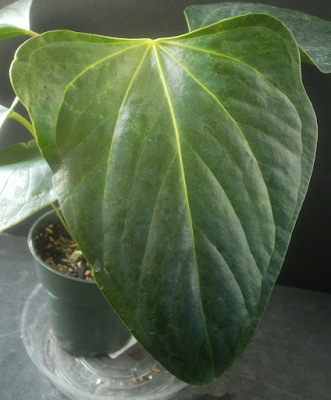 The leaves don't have a lot of scarring,2 which I guess is a plus. I don't know. If foliage were the only consideration, I'd keep Zelda; as it is, though, I'm not sure. 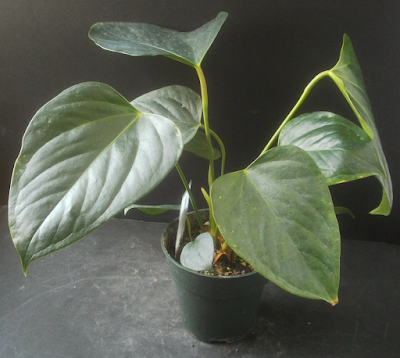 So I'm going to punt, and delay the decision about what to do with Zelda until later. The smart money is probably on her getting dumped, though. I mean, it'd have to be a hell of a second bloom.


1 In the process of switching to some LEDs. The LEDs are brighter, and supposedly use less energy than the fluorescents I'm phasing out do, but I've recently discovered that both LEDs and fluorescents cause heat problems.
The fluorescent bulbs will actually leave scorch marks on Anthurium leaves that happen to flop into direct contact with them, which is bad, and was part of the reason I wanted to switch to something else. However, the top of the fluorescent fixtures stays slightly above room temperature, close enough that I don't have to worry about placing plants on a shelf directly above them.
The LEDs are the opposite: the bottom surface, that's potentially in direct contact with the leaves, is room temperature, not warm at all, but the tops are actually kind of hot, enough that plants directly above them dry out a lot faster than they used to. I'm also a little concerned about what this means for the energy efficiency, because I find it hard to believe that the LEDs can be converting that much electricity to heat and still somehow be more energy-efficient than the fluorescents were. Plus, there's the possibility that I may have to keep some fans going in the basement all the time, to keep the heat from building up too much above the LEDs, and running fans 24/7 could well negate whatever energy savings I'm getting from the LEDs. Though I'm also getting more light per fixture, which I like. So it's all very complicated.
2 I'm often kind of confused when this happens, when the spathe is all chewed-up but the leaves are fine or vice versa. I think often it's a matter of when the thrips happened to find the specific plant in question: if they arrived late, then the leaves will be fine and the spathes will be a mess. But sometimes it might also be a matter of the thrips finding one easier to attack than the other.

Judging by what I've learnt about thrips the last few weeks, it might be that the females going around looking for a place to deposit eggs prefer to target emerging young leaves and flower buds since those are not only nice and soft and juicy/polleny but also rather safe places, being furled and not immediately in the way of a browsing animal.

I've also been wondering whether depriving thrips of their access to soil might help in managing, be it by means of hydroculture or some other method. I did some experiments on solitary-quarantined Saintpaulias, the results of disbudding, spraying, and desoiling a couple of individuals were rather encouraging.

Of course, in your case having thrips could even be a bonus, I imagine a strain cannot be very commercially interesting if its reaction to such a common pest is to scream and faint and tear up its spadix.