Lucinda's a tough call, as far as deciding whether or not to keep her. The bloom was agonizingly slow to open; I wound up with so many pictures that I could just about make a time-lapse .gif of it: 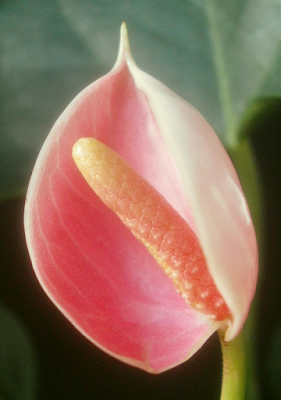 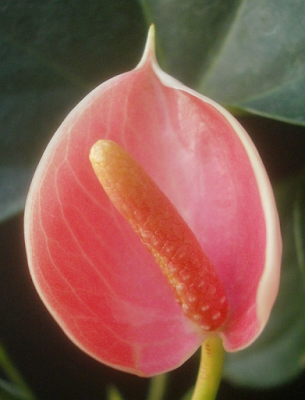 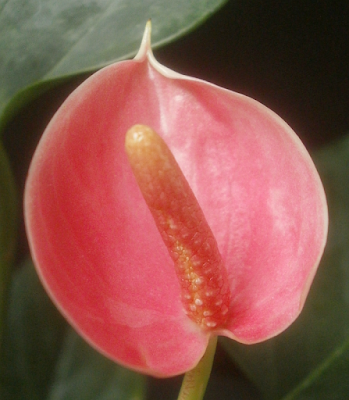 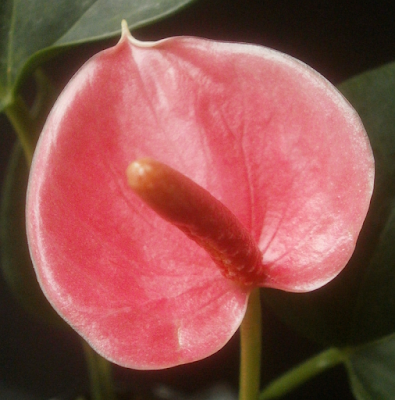 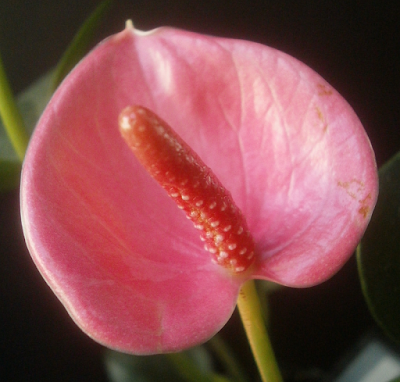 1 September.
The bloom isn't a particularly interesting color. I don't have a ton of pink/orange, but I'm pretty bored with pink spathes now, so even if Lucinda's not literally the most boring possible color combination, she's pretty close. But the form is good, and the thrips scarring is pretty minimal. And the bloom in the photo is still on the plant now, after more than a month, looking decent, so it could be worse.

In other news, the leaves are decently shiny and broad, though they have a bit more trouble with the thrips: 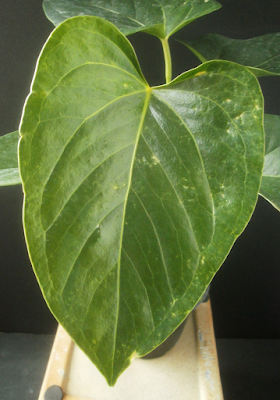 And the plant as a whole is suckering well, and looks fairly symmetrical and everything. 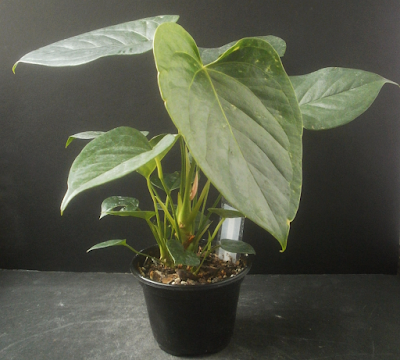 So probably Lucinda's going to stay. I'm not going to make it a priority to move her to a bigger pot, but she'll get to stay.

I should probably also mention that Lucinda is the offspring of 0234 Ross Koz, though there's no obvious family resemblance. She looks a lot like her late (half-?) sister, 0855 The Very Miss Dusty O, though Lucinda is better in basically every way, particularly the critical aliveness aspect.

L-R: 0234 Ross Koz, 0807 Lucinda Italic, 0855 The Very Miss Dusty O.
1038 Adlai Lowe is also from the same seedling group (the BY group), but as Adlai has still not bothered to put together a real bloom yet, so it's hard to tell how similar he is to his siblings.