Like 0807 Lucinda Italic, 0799 Hope Sandreams is boring, but in a way that's so well-executed that I don't really mind. The color basically amounts to just a pinkish-red/pinkish-red, which is a little out of the ordinary, but not dramatically so. 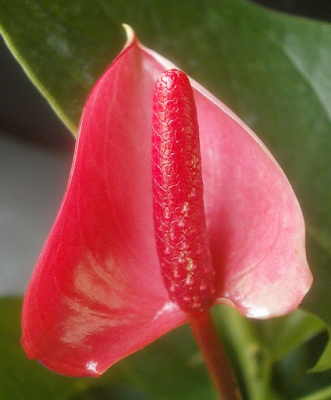 I'm a little interested in the shape: the spathe was more triangular than usual, and also had sort of wavy margins, both of which are still true a month later. And she seems to resist thrips damage well, or maybe she's just a color that hides it well: either way, it's nice. 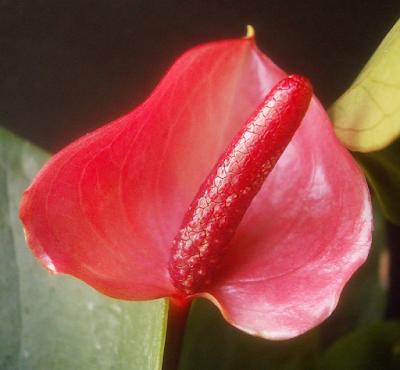 There's a second bud opening as I type this, but it's opening so slowly that I don't know if its shape will be similar. There's always a chance that it was doing something weird for the first bloom, and the others will be less interesting. 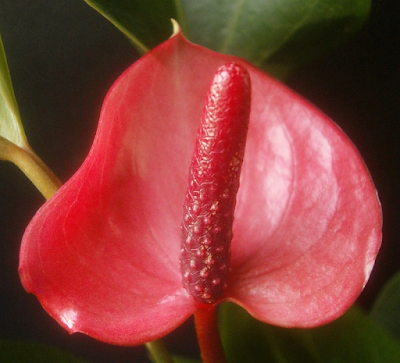 The leaves aren't particularly special, but at least they aren't scarred to hell and back by thrips damage. So that's something. 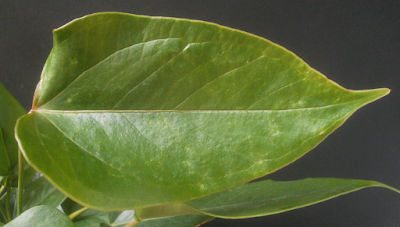 And Hope has some nice, symmetrical suckering going on, too. 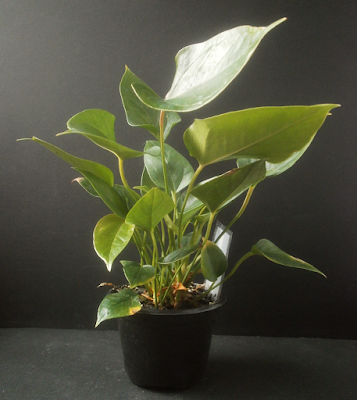 For the moment, at least, I intend to keep her, especially if the second bloom is nice but probably even if it's not.

0799 Hope Sandreams is from sibling group BV, along with 0760 Delta Work; they're both the children of 0108 Deena Sequins. Hope takes after her mother a bit more than Delta does, though Delta hasn't fully settled on a look yet. Or at least I hope not, 'cause what we've seen from her so far has been pretty hideous.