So "Boy Child"1 is an unexpected name for a drag queen, though after I thought about it for a little while, I decided it was pretty clever. And then I discovered that she's not even a drag queen, she's a drag king, if anything, and probably more accurately a performance artist, not really drag at all. I couldn't decide if that made it more clever or less clever.

Internet searches for "boy child," as you can imagine, don't get you very close to learning anything about the performer, but I did find some YouTube videos that way. Not great video or audio quality, but good enough to determine that what she's doing is not at all to my taste (NSFW examples 1 and 2). Found better stuff looking for "boychild," including (also potentially NSFW!) a couple interesting interviews. Not really for me, but not everything has to be for me.

As for the Anthurium seedling, well, she's produced a lot of blooms, but they've all been pretty small,2 they don't last very long, and the thrips are a problem.3 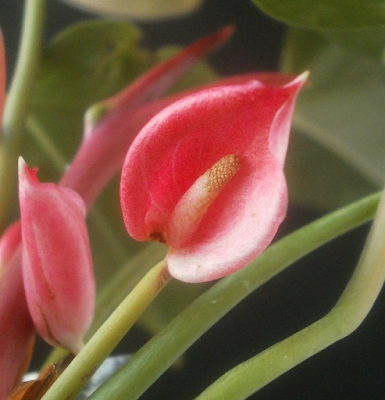 Though, strangely, the thrips don't bother the leaves much. 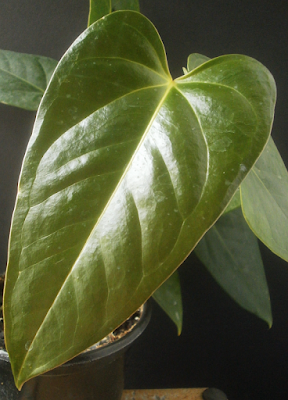 She's also notable for being the first seedling of 'Joli' to produce a bloom; so far there have only been three. 1171 Chris of Hur is less interesting, and 1325 Dixie D Cupp is more interesting; Dixie might end up being a keeper due to her spathe color. 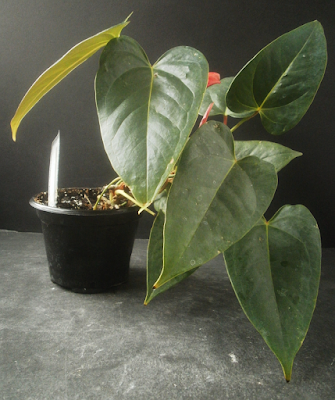 In any case. Not great overall; I'll probably toss it the next time there's a purge.


1 I'm using the version of the name I found first for the seedling, since the alternative is to change a bunch of spreadsheets and blog posts and whatever, but the performer apparently prefers "boychild," all one word, no caps.
2 Though not all as tiny as the first couple, one of which is the flower photo in this post. Apparently I didn't consider the later, slightly larger blooms photo-worthy. Sorry.
3 I guess it took the thrips a while to find the plant after it bloomed, so the first couple spathes were fairly clean, and I'm asserting something that the photos don't actually show again. I swear it's true, though: the later blooms have been slightly larger and riddled with thrips scarring.
Posted by mr_subjunctive at 3:00 AM