Seedling 244 is primarily notable for being the most interesting seedling of 025A Clownfish to bloom so far. 239A is fine, but it's not like I've never seen an orange/white bloom before, and 240A Schwa was notable mostly for its crappy execution of a boring color combination. But 244A I like. 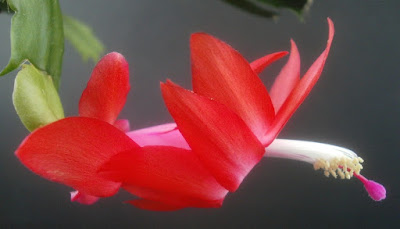 I don't know why this seedling evokes singer/songwriter Sinead O'Connor specifically. Best theory: I was listening to more of her music around the time I was coming up with names (including, particularly, her song Fire On Babylon), and sometimes that sort of thing bleeds into the naming process.

And I realize that people may have strong feelings about O'Connor, particularly if the last you heard of her was during her 1992 appearance on Saturday Night Live, when she tore up a photo of then-Pope John Paul II. It's certainly true that she could have done a better job at explaining herself: I kinda feel like anyone could have told her ahead of time that "fight the real enemy" was going to be misunderstood.1 But, as we've learned in the 25 years since, there really were some problems in the church: it's not like she was just some crazy person who attacked the Pope for no reason.

Anyway. Fire On Babylon is a Sinead O'Connor song, one that I was finding oddly soothing last winter. (My understanding is that it's about her abusive mother, which connects to the Saturday Night Live stuff.)

That's My Purse was previously considered for 057B Oxomoco; I rejected it on the grounds that it was maybe a little too much of an inside joke, but now I'm thinking maybe it doesn't matter.

And Adrenaline is just the hormone; there's no real connection to the flower, except insofar as the color is intense, and so is adrenaline, and I've kind of always liked the word. 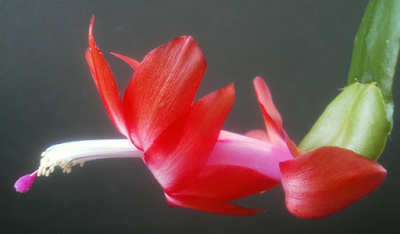 So as much as I (obviously) like Sinead O'Connor, she kind of has the Joycelyn Elders problem of being divisive. I imagine all the people after whom I've named seedlings are villains to someone,2 but some people are obviously more problematic than others. So I'll reluctantly drop that option. (I can always bring her back if I reconsider.)

And Adrenaline seems a little plain. Maybe I'm just in an odd mood.

So that leaves Fire On Babylon and That's My Purse, and . . . surely Iraq has enough problems at the moment. Which gives us 244A That's My Purse, though process of elimination. Which is not where I thought this was going to end up, when I came up with the list of options, but there you go.


1 Not that she would necessarily have listened, of course. This was intensely personal for her. There's a really good article in The Atlantic about this, which is worth reading if you're interested in what O'Connor was getting at, and why, and why that specific image of the Pope instead of some other one, etc. The article might even be worth reading if you're not interested, as far as that goes.
And it kinda sounds like O'Connor had one of the better experiences with the Magdalene laundries: here's an article about some of that.
2 Well. It's hard to imagine anyone having serious problems with Yayoi Kusama or Dolly Parton. Though one should never underestimate the ability of people to find reasons to object to other people.
Posted by mr_subjunctive at 3:00 AM