Seedling 009 finally got around to blooming, but it wasn't really worth the wait. Not many blooms, a color we've seen many times before, lots of thrips damage, and the blooms either opened so hard that the petals practically laid flat against the "tube" or barely opened at all. 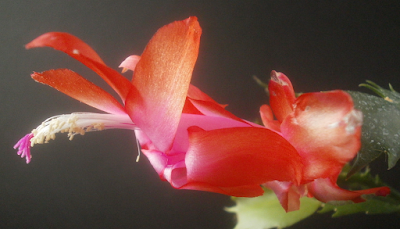 In The Moment is one of the names that honor someone from my life (previously considered for 165A Assertive). Since it's not obvious, I'll note that the reason "in the moment" seems appropriate for this person is because they appear to be completely incapable of anticipating or planning anything ever; it kind of feels to me like this seedling was caught unprepared for blooming, hence the crappy flower.

Overcorrection seemed appropriate for a seedling that would either barely open its petals or would open them way too hard.

I imagine that, if asked why the blooms were so crappy and infrequent, the seedling would claim Personal Reasons and refuse to comment further.

And then Sleeping Dog, because this is an even better "dog" candidate than 104A Needs Practice was, and I don't mind the undertone of menace in the name nearly as much now as I did when I considered it then. 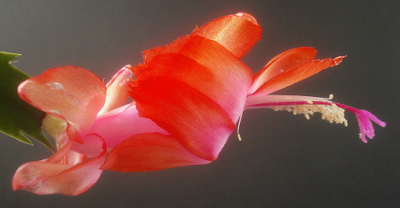 I could probably live with any of these names, and they're all mildly derogatory, so I don't have compelling reasons to choose or reject any of them, but I suppose In The Moment sounds a little more positive than it is, and maybe it would be better to hold that name in reserve for a prettier seedling.

Also Sleeping Dog maybe makes the plant a tougher sell than it would otherwise be, considering what everybody says you're supposed to do with sleeping dogs. Not that it's likely to get sold in the first place, but you know. I should still be prepared for the possibility. 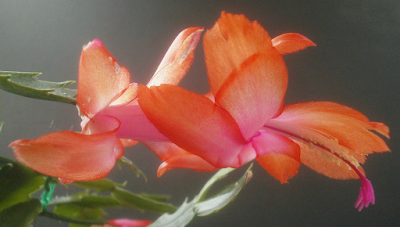 And, of the two remaining options, I find I kind of like Personal Reasons better than Overcorrection, so I guess this will be 009A Personal Reasons. Not entirely satisfying, but whatever, I'm probably not keeping the seedling that much longer anyway.

That one was a bit of a dud, wasn't it? On a positive note, you really haven't had that many washouts amongst you Schlums.

True. It's been kind of a boring year, with multiple groups of seedlings that look like one another (all the whites, all the magentas), but relatively few seedlings that are just bad. Only 104A Needs Practice and 009A Personal Reasons for sure. Were I in a particularly bad mood, I suppose I could make a case that 182A Padparadscha, 240A Schwa, 190A Europa, and 128A [TBD] are also duds, but they could all get better next year.

Really surprisingly few duds with the Schlumbergeras in general, compared to the Anthuriums, if you ignore the Anthuriums' tendency to get scale and thrips and Xanthomonas and just focus on what the blooms were like. The Anthuriums are a lot more variable, on a lot more different traits (spathe size, spathe shape, bloom color, peduncle length, blistering, leaf shape, leaf size, leaf venation, new leaf color). Given the choice, I'd probably prefer more variation -- not as many successes, but I'd get to feel like I was doing more than just swapping the colors around.

Though I suppose I should be careful what I wish for.