I seem to be approaching that point in the year where I can't come up with any more names that I like at all. I had four finalist names for this one ready to go, but once it was time to actually work on the post, all four names were problematic in one way or another. (It may also be worth pointing out that each year, more seedlings need new names than the year before: in the 2014-15 season, I had 36 Schlumbergera seedlings bloom for the first time. The next year it was 43. This year it's 50.) 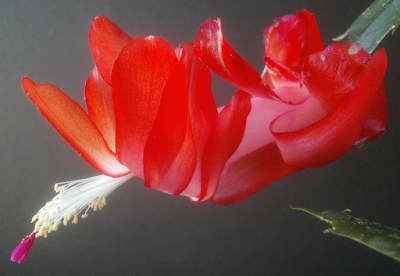 So what qualities of seedling 097A are most notable? Well, the color isn't incredibly consistent. In person, it tended to look red or orange-red, but some of the photos make it look completely orange. The only other thing is that it produced a lot of blooms, though that seems to be fairly common. Like they have a bunch of pent-up blooming energy that has to come out the first time they bloom, and then afterwards are more measured.

Neither quality suggests any particularly good names, alas, and it took me an afternoon of picking through the big list o' names and a question to MetaFilter to come up with ideas I found acceptable. (And then only barely acceptable, but better than the original set of names.) 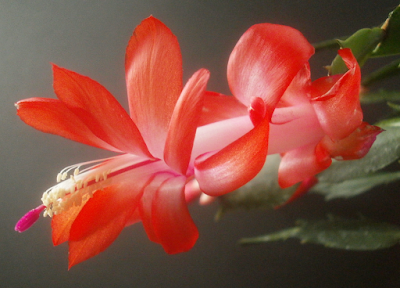 So. Hot Nickel Ball falls first, because it's part of the title of a ridiculously repetitive and misogynistic song. I didn't know. That's why I search for the names first.

And I guess I'll drop Dynamite Stick too; the colors fit (in reality, they seem to mostly be red, dull red, or brown, but the cartoon / video-game version is almost always red or orange), but the "tube" of the flower is the most stick-like part, and it's also the only part that's not red or orange. 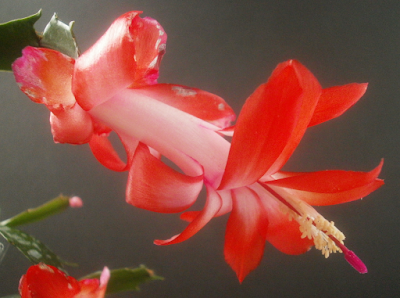 The color's a little vivid for Italian Takeout. Which leaves only Apples and Oranges or Ladybug Ladybug, both of which have problems. Specifically, this isn't a very appley red, and ladybugs have spots, which these flowers don't.2

So. Apples and Oranges is part of a specific phrase about comparing things which are not alike, which doesn't really apply here. I mean, this particular seedling's going to be compared a lot, but mostly only to the other seedlings, which are obvious and appropriate things for it to be getting compared to, so the name doesn't really apply. Ladybug Ladybug is also a reference, to a nursery rhyme. As with a lot of other nursery rhymes, the original meaning is quite a bit darker -- I'm not sure I even knew there were any lines following "ladybug, ladybug, fly away home" until I wrote this post. 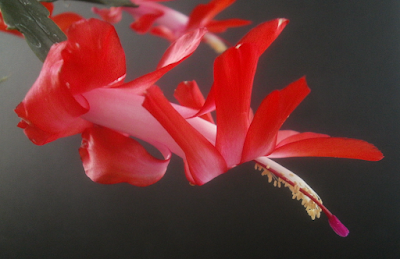 So we'll go with 097A Ladybug Ladybug; it's more interesting.


1 For whatever it's worth, I appreciated a lot of the MeFi responses I didn't wind up using: some of the ones that were technically what I was asking for were nevertheless not appropriate for this specific problem. Like, the particular shades of red and orange of the suggested item weren't the shades of red and orange I'm trying to come up with a name for. In some cases, I couldn't come up with a name from the suggestion because there were brand names involved, or I couldn't come up with interesting words to pair it with, or whatever.
2 Well. They're not supposed to, anyway. Damn the thrips.
Posted by mr_subjunctive at 3:00 AM