Seedling 1171 is unremarkable on first glance: 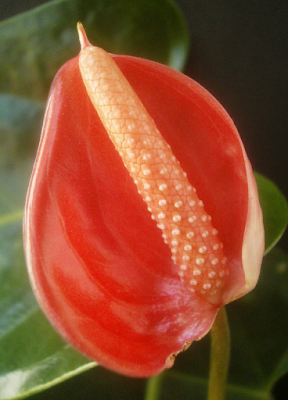 I mean, Chris doesn't have one of the most common color combinations, which is worth something, but it doesn't look weird. And yet, Chris is weird.

For one thing, its ancestry. 1171 is another 'Joli' seedling, like 1325 Dixie D Cupp. And the only hint it gives of the relationship is in the buds, which are pink, rather than the red or orange one would expect. 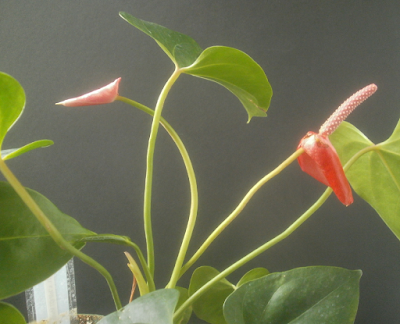 A number of seedlings have started out orange (or pinkish-orange) and aged to pink, but this is the first time I've ever seen that go in the opposite direction. Probably this can be explained by observing that the two sides of a spathe don't always match: usually if it's pink on one side, it'll be pink on the other, but 0330 Faye Quinette, for example, is brown on the back of the spathe and orange on the front,1 and I've recently been incredibly disappointed by 1594 Roxy-Cotten Candy [a real performer name; spelling sic] because she's dark brown with nearly-black veining on the back, while the front is just red.2 So there's precedent for buds of one color opening as spathes of a different color; I've just never seen this particular combination before. 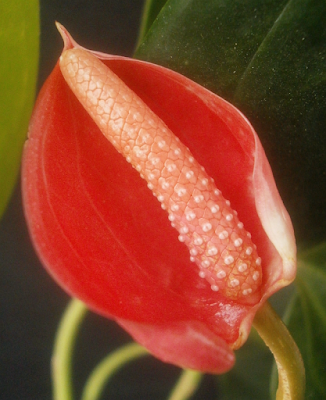 Which is probably enough weirdness to justify keeping Chris; he probably wouldn't be otherwise, though. The leaves are okay, 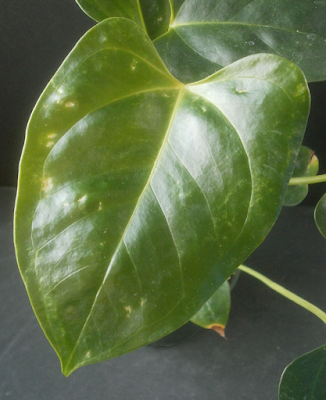 and the plant as a whole is fine. Not horribly leggy, at least. 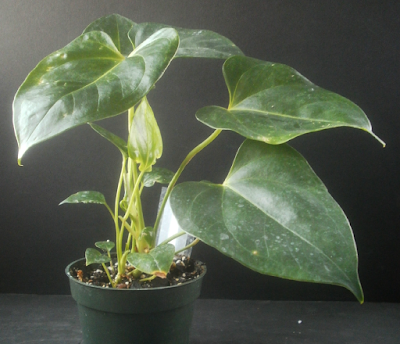 On the negative side, not only do the spathes flip back from the spadix (which is pretty common, if undesirable), but they often get more and more reflexed with age, to the point where they almost start to roll themselves up into a tube. 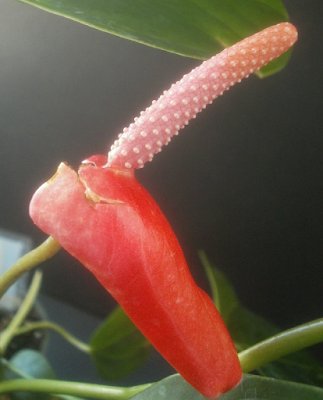 The thrips do seem to leave it alone, at least. Not entirely, but mostly. So that's good. 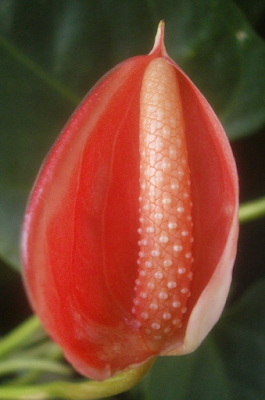 There is an actual Chris of Hur; her style of drag isn't to my personal taste,3 but she sounds like an interesting person, based on this interview. I especially like the idea of the "draggle" (drag + Fraggle) aesthetic; reading that in the interview, I was like, what?, but then I saw the video embedded in that article and I was like, oh, right, that's actually the perfect description for what she's doing there.


1 (i.e., the green pigment is being expressed only on the back)
2 I mean, if you want to give it maximum partial credit for interestingness, you could maybe say it was a brownish-red, like 0842 Pretty Punasti. But that's a stretch.
3 Though as I've noted previously, almost nothing is to my personal taste the first time I encounter it, and the "I don't like this" reaction doesn't seem to have much to do with how good it is or how much I end up liking it. Which is why the rare occasions when I do like something the first time (most recently with Shearwater's "Quiet Americans") are big deals.
Posted by mr_subjunctive at 3:00 AM