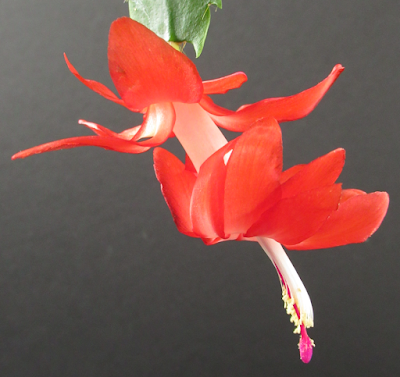 226 is the first seedling from 'Exotic Dancer' to bloom, though there will be a few others this year eventually (227, 323, and 225). I had been hoping for new colors or combinations from the new seed parents, but mostly that didn't happen, so in that sense 226 is disappointing -- just another reddish-orange -- but it does have one interesting thing going for it, which is that the plant's habit is a bit odd. The whole stem is so flat that it very nearly lies in a single plane. Not particularly noticeable if you look at it head-on: 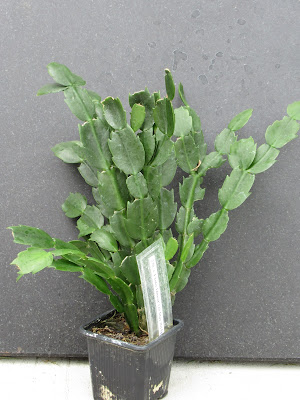 but if you look at it from the side, you can see how little effort it's making to collect light from certain directions. 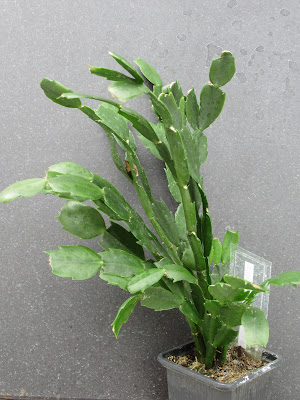 I don't know whether this is genetic, or a response to where the light's coming from, but I lean toward genetic, because plenty of other seedlings on the same shelf don't disappear when viewed from the side. (188A Freyja's Turkey has a particularly nice, symmetrical vase shape.) So that's kind of interesting. 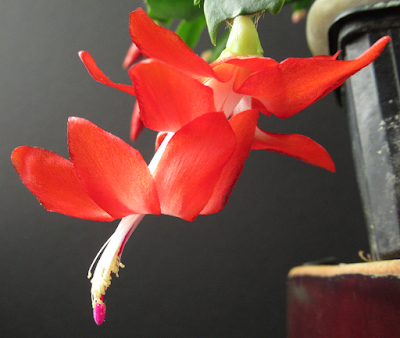 Our name finalists: Be Not Afraid, Inextinguishable, Not My Circus, Torch And Pitchfork.

The intended reference for Be Not Afraid is Biblical: angels always seem to need to say it before having a conversation with anybody. For quite a while, I thought angels must just be particularly scary in appearance, but it's occurred to me recently that it'd be a little startling to have even a regular-looking person appear somewhere where you weren't expecting a person to be. Maybe that's all it means.1

Inextinguishable is another in a very long list of ideas that reference fire. Which is what happens when you have lots of things to name that are orange, red, and shades in between.

I'm not sure why Not My Circus felt appropriate for this seedling particularly. It's a reference to what is apparently a Polish saying, "not my circus; not my monkeys," and at least according to a comment here, the usual Polish usage would be in a situation where, after trying to convince someone not to do X, they say they're going to do X. Sort of a "well, I warned you, whatever happens after this is not my problem" response. Whereas the way I've seen Americans using it has been more "oh, that building is on fire, but I'm not responsible for the building so I don't need to do anything about it, it's not my problem."

Torch And Pitchfork refers to the standard accoutrements of angry mobs, so it's also more or less a fire reference. It was previously considered for 069A Sweetie Darling and 093A Flamingo Burlesque. 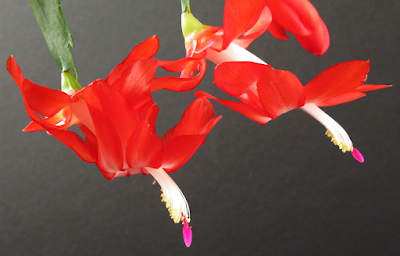 So. I guess I'll drop Torch And Pitchfork first; I'm not loving the implied violence (even though the implied violence was probably the reason it got on the list in the first place; I contain multitudes2). And while the Polish version of Not My Circus isn't terrible, the American version is, a little bit, so maybe we can lose it too. 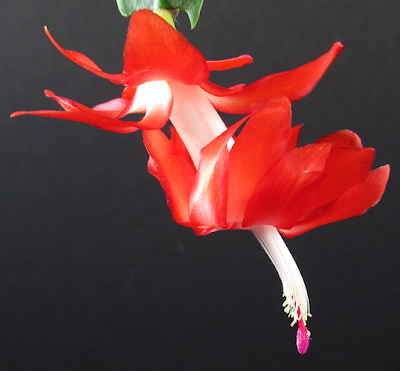 So it's down to Be Not Afraid and Inextinguishable, and I'm thinking that Inextinguishable may be making promises that the seedling can't actually keep. Plus "don't be afraid" is often pretty good advice. And I had a dream and everything. So it looks like 226A Be Not Afraid, I guess.


1 Be Not Afraid is also the first Schlumbergera name idea that I've dreamt about. It was even a musical dream, no less: there was a whole song that went with it. The only lyric I can remember is "I'm not afraid of angels," but still, that's kinda cool: how often does your subconscious work up original music for a dream?
2 Looking at the list of all selected names so far, I see that I usually steer clear of the violent/angry ones. Even if I stretch really, really hard to count names as violent, there are maybe only about dozen of them, max. So maybe I shouldn't be bothering to stick them on the lists in the first place.
Posted by mr_subjunctive at 3:00 AM