This would possibly have been more helpful to people, or at least more timely, if I'd posted it earlier, but you know how things go sometimes.

Houseplants with heart-shaped leaves are surprisingly uncommon. I looked through the "yearbook" expecting to find them all over the place, but actually, most of the stuff that looked heart-shaped were actually either round (orbicular) or lens-shaped (elliptic) leaves, that only appeared to be slightly heart-shaped when viewed from a particular angle (e.g. Saxifraga stolonifera). I was really expecting to find a lot more than this.

Even a lot of plants that have leaves which are technically the right shape are a little more elongated than people normally think of as heart-shaped. More spear-shaped (hastate) or triangular (deltoid) than cordate (the botanical term for "heart-shaped"), really.

There's also a word, obcordate, which means heart-shaped-but-with-the-petiole-attaching-at-the-"bottom"-of-the-heart-instead-of-at-the-"dent." You can see why having a shorter word is useful. I'm counting obcordate leaves too, because the shape isn't any different, it's just the point of attachment that changes.

I am, no doubt, forgetting some plants here (in which case please, remind me in comments), but here's what I came up with: 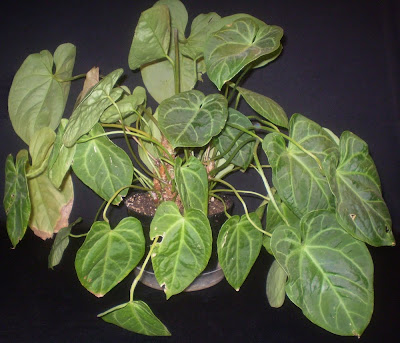 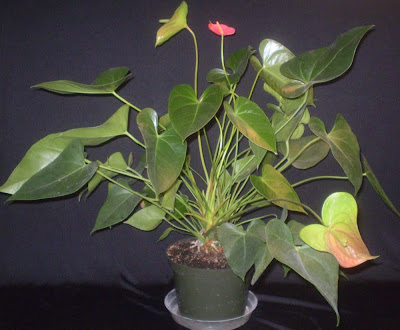 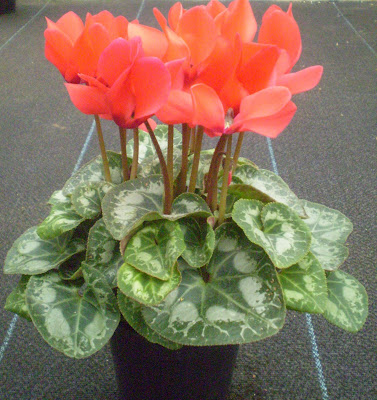 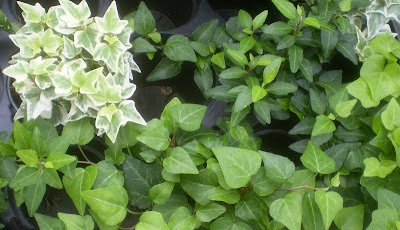 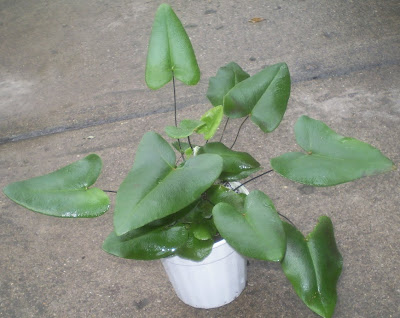 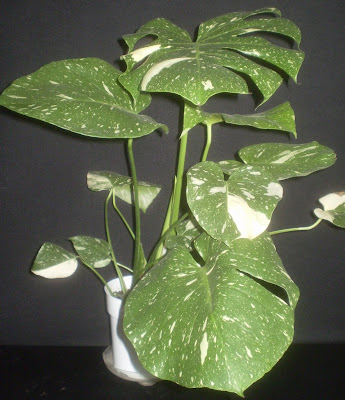 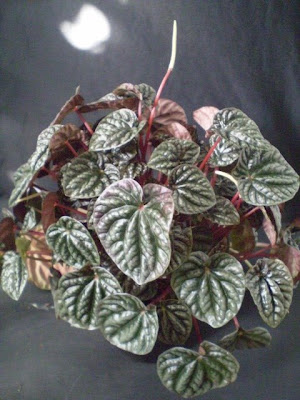 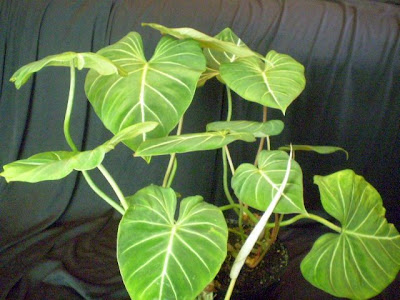 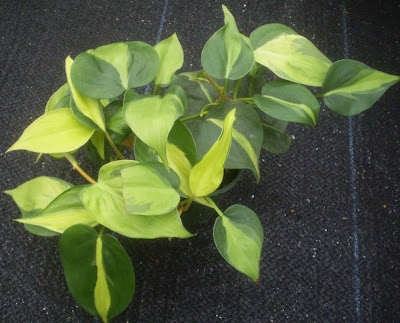 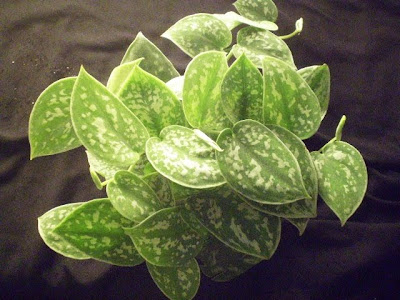 
We'll be doing anti-recommendations for this set, because most of these are perfectly nice folks, who would fit in just fine in most households. However, Hemionitis is not easy to grow at all -- miss one watering, even by half a day, and it'll tell you it hates you and will never forgive you before stomping off to its room to cut itself and write bad angsty songs on the guitar you bought it for its birthday. And it doesn't like direct sunlight that much either. I don't know how they are about humidity because I've only ever seen one in the greenhouse, but it's a fern, so, make your own guesses.

I've also never owned a Cyclamen, though I know of enough people who have that I'm thinking they may not be that bad. I'm a little scared to try, because plants with serious dormant periods freak me out. Maybe someday.

Finally, Peperomia caperata and I have had a bit of a falling-out since I wrote the profile for it; a few plants have failed to survive repottings (repottings that they actually needed, and were requesting), one got knocked over and broke off a good 80% of its leaves (it might be coming back, though), the one in Nina's terrarium got too dry, or too wet, or both, and went ffffft on me, and so I'm down to a small fraction of the number I had originally. In the right circumstances, they're still okay, but I don't have the kind of time available to deal with a Peperomia caperata anymore. Which is a shame, 'cause I think they're really pretty. (If I do get a new terrarium for Nina, though, I'll probably attempt to stock it with at least one Peperomia, either a caperata or argyreia.)

Anthurium seems like the ideal Valentine's Day plant, way more appropriate than the slew of orchids at Home Despot. Would you consider Ficus pumila heart-shaped? I think my Peperomia incana would have more or less heart-shaped leaves if they weren't all in the process of falling off. And how about various Oxalises?

That obcordate Hoya is the most adorable thing ever.

With both Ficus pumila and Peperomia incana, when I looked for pictures, some of the pictures I found showed heart-shaped leaves, and some of them didn't. Ficus pumila has tendencies toward elliptical leaves, and Peperomia incana sometimes prefers to be triangular. But I included them anyway. Also the Oxalis, though most of them don't seem to be heart-shaped either.[1]

[1] Though I did, in the process, see some pretty interesting Oxalises, stuff I was not aware existed.

I would like to see house plants with leaves that actually look like a real human heart. You know what I mean--pumps and valves and all. Go.

Cyclamens are pains in the asses and should be shot on sight. Why anyone likes them is beyond me, with their creepy blossoms. Ew.

Another great list from you, though! Happy Valentine's Day!

Hehe... I got a Cyclamen a few weeks/months/whatevers ago. It has been pretty happy under my care--but the flowers only look creepy if you are, for some reason, staring up at them from below the plant. Then it's like they're going to attack you and eat your guts.

Like I need another reason to look for an Anthurium? They're more expensive than I'd like, however--I clearly must go to more than one garden store to comparison shop!

When I saw the title the first things I thought of were philodendrum, anthurium and colocasia. Nice round-up. There are far more plants with heart-shaped leaves than I imagined.

I would like to see a real heart-shaped leaf as well. I'm sure if anyone can find it, it would be you.

Liza really seems to hate Cyclamens. I think maybe someone should stage some sort of intervention. She's clearly been hurt by them before and maybe we can mend this broken relationship.

I just hate how people through them out after they flower. Evil. Murderers!

I'd be interested to find out more about the diversity of oxalis (possible in a future post?). Too tired and lazy to google right now, and I'm sure something else will catch my attention by tomorrow.

Ceropegia woodii is my fave of the ones listed. Sometimes you get a leaf or two that are really heart-shaped, while mostly look arrowhead-ish.

Oh, do not remind me of Hoya kerrii - I saw some for sale recently, and had to talk to myself very sternly. Could not afford them, but so very tempting. I hope they have all sold by the time I get back to that shop - I really do not need any more plants right now!

Hoya Kerrii I believe has perfected the heart shape most of all (sans human heart). I have ordered a few online that were relatively inexpensive, the local nursery was more expensive but they did have gorgeous variegated kerriis in 8in hanging pots.