The plants are coming in for the winter, and I've got a gigantic backlog of photos to deal with, so it's time for transmitted light pictures again. 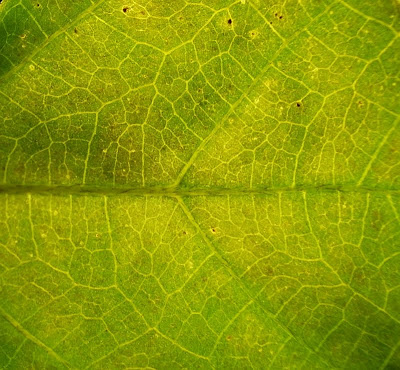 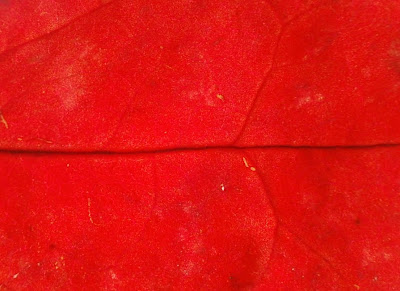 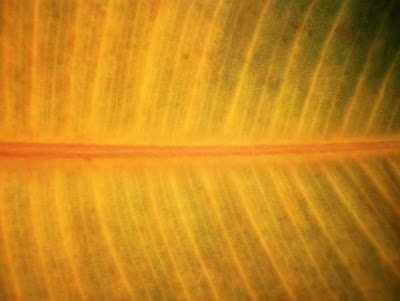 Ficus elastica 'Burgundy,' dying leaf.
This photo is very old (actually all of these photos are very old; I'm still working on a backlog of transmitted light photos from like 2009), but seems particularly appropriate right now. I had two Ficus elasticas. I just threw the small one out because it had scale, and I was like, whatever, I don't like trying to get rid of scale and it's a duplicate anyway, so I'll pitch it and grow the other one. But then the other one came in from outside, and it's been growing mostly horizontally the whole time it was outside because it's apparently one of those trailing rubber trees,1 so I don't have any spot large enough to put it. And it's not like I'm hugely fond of F. elastica even when they're grown well. So I'm seriously considering throwing it out, or restarting from cuttings, or trying to sell it on Craigslist, or something like that. It's actually looking like a lot of the plants are going to have to be thrown out, sold, or restarted, in order to make space for the ones I actually want to keep. October's gonna be rough. 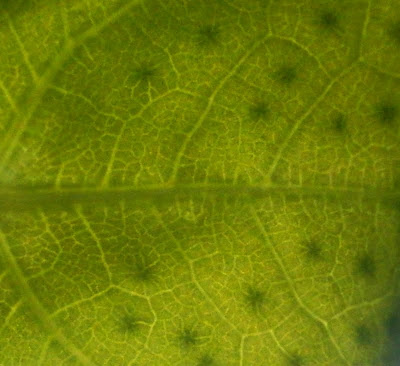 Pilea peperomioides, newish leaf.
Pilea peperomioides is probably not the most difficult "easy" plant I've ever tried to grow, but it's definitely on the list somewhere. And I have no idea what I was doing wrong. 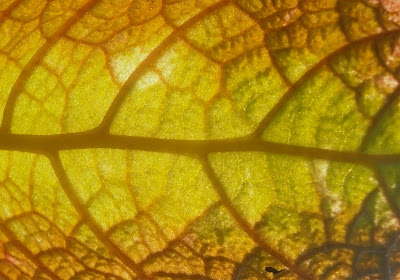 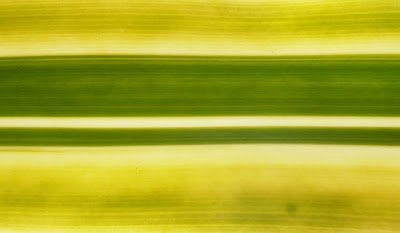 Ananas comosus 'Ivory Coast.'
This is perhaps not as flashy as some of the photos that follow it, but I think it's my favorite picture from this set. It's possible that I'm just a sucker for parallel venation. 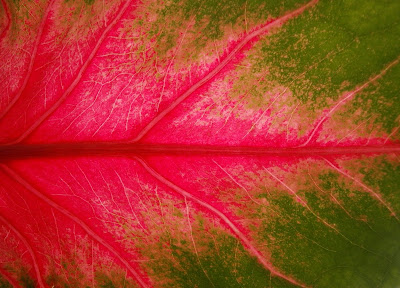 Caladium 'Cardinal.'
Look out green! The red is right behind you! Run! Run! Aiiiieee! 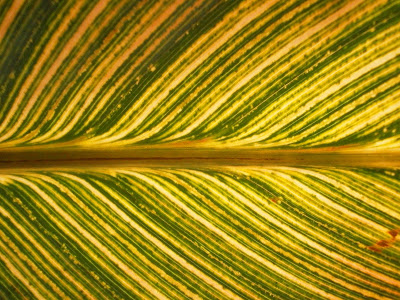 Canna 'Tropicanna.'
As much as I love the red-blooming, green-leaved Cannas (and I do, very much), it seems weird that I haven't yet made it a priority to get one of the other varieties. Not necessarily 'Tropicanna,' (does it even come true from seed? Probably not, right?) but something. It's not as if there aren't a lot of options to choose from. Maybe 2014 will be the year. 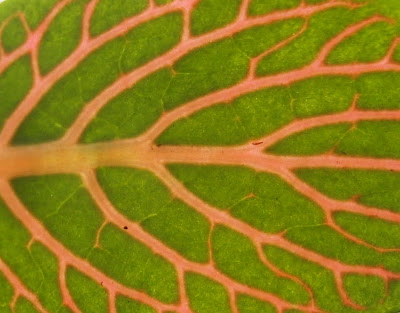 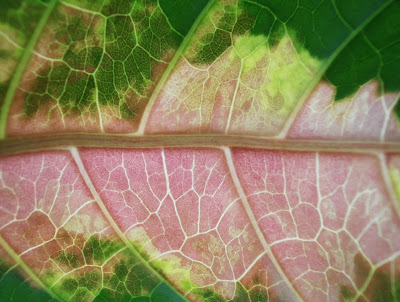 Graptophyllum pictum.
I've seen Graptophyllum for sale exactly one time since I've been blogging, and I didn't buy it, because it was kind of underwhelming in person. (The books make it look a lot cooler.) Also you have to figure that if it were a satisfying houseplant, people would already be growing it everywhere. So I'm thinking I didn't miss much, but the picture still wound up pretty cool.


1 A joke: there is no such thing as a trailing rubber tree. Though there is a rubber vine (Cryptostegia grandiflora), which is neither related to Ficus nor to Hevea brasiliensis, the "real" rubber tree. Common names are dangerously misleading! Shun them!
Posted by mr_subjunctive at 3:00 AM

I grew two Cannas this summer - one green, one with colored leaves. I'm going to try to winter the colored leaf variety but the green one, eh. Both did surprisingly well in pots on my deck, successfully blocking the view of the compost bins.

I always enjoy these posts, very artistic. I wonder if you could sell these images... They'd make better non-offensive wall art for public spaces than some of the drivel I've seen.

There is Ficus pumila, a trailing fig/rubber tree. Also many of the tropical Ficus trees start as climbers, the so-called strangler figs.

Sorry I haven't been commenting much but I seldom think I have anything worth saying enough to prove that I am not a robot to a robot.

We have actually tried to print them out, frame them, and sell them around here. (We came into a very very large number of wooden picture frames for free, a long time ago, and have slowly been getting rid of them through consignment stores and Craigslist, sometimes with printouts of public domain art in them, sometimes not. A few of those have been transmitted light photos.) It's just that there's a lot of competition, so it's a lot of work for not very much payoff, so we haven't been working at it very hard. But yeah, the idea has occurred.

It happens. I don't leave a lot of comments on other blogs myself. I usually either have too little to say, or too much to say.

As to Ficus pumila, I've never heard anyone call it a rubber tree, but sure, it trails.

I thought that strangler figs, though, always grow upright to begin with, just high up in another tree, and then drop roots down: no actual climbing or trailing involved. Though I suppose some of them produce enough aerial roots that they could climb, if the seeds happened to start out at ground level.

I love your blog.

I'm a recent convert to indoor gardening and trying to learn everything I can. I find the whole thing fascinating--and the challenge of figuring out how to grow things with NE facing windows and two cats makes things extra interesting.

Love these photos and I plan on reading through more of the blog.