The good news, if you want to think of it as good news, is that after this one, there are only three Schlumbergera seedling posts left, and then we can once again get our boredom from pink Anthuriums, as nature intended, instead of orange Schlumbergeras. 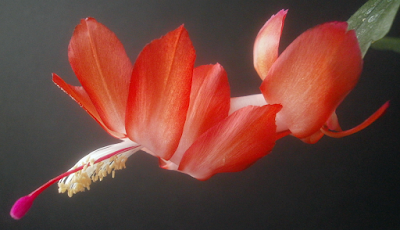 Anyway. This one looks an awful lot like 028A Phil Collen, 092A Sparky, and 102A Michonne. Perhaps we could save some time by just looking at the previously considered names for those three and picking one? 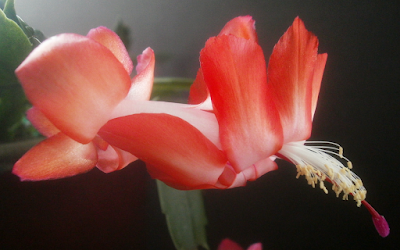 Well. 028A Phil Collen was always Phil Collen; no other names were even considered. So he's no help. And I didn't like the original set of choices for 102A Michonne,1 so I free-associated my way into picking a different one and then edited the post after the fact to make it look like it had been under consideration all along. But there is still Lola, which I really wanted to use for 092A Sparky because of the color. Sparky's color is essentially identical to this seedling's color, so: is there any compelling reason not to go ahead and just name this one Lola? 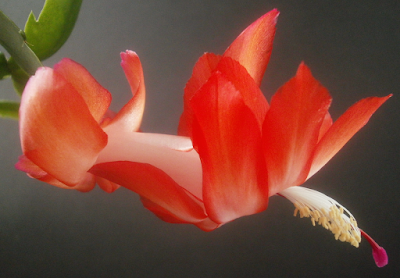 Can't think of one. Ergo: Lola!

Another orange haired heroine from pop culture would be Leeloo from Fifth Element.