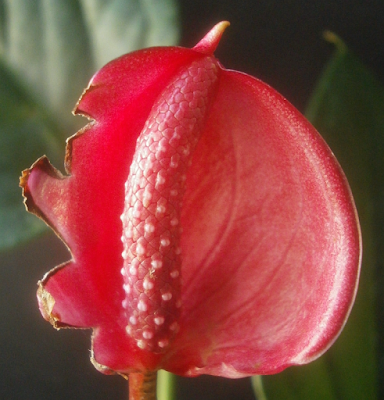 and, while the second bloom looked significantly better on the day it opened, 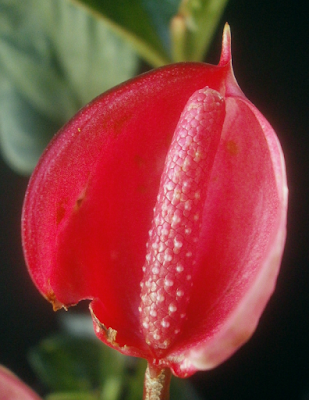 it tore a huge crack in its own side, the next day, consequently managing to suck even worse than the first one. 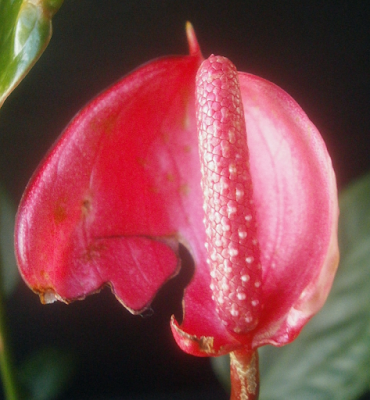 By comparison, the foliage is in pretty good shape, 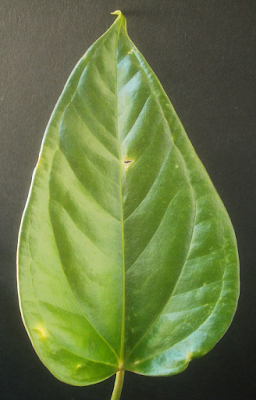 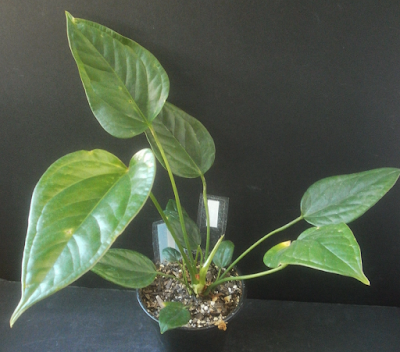 but even if the flowers were staying intact, this wouldn't be a pretty or interesting bloom, and I don't feel like there's much to be gained by letting her hang around.

Sister Kitty belongs to seedling group BR (0239 Russ Teanale, sown 25 to 28 August 2014). Russ has a lot of good qualities -- large spathes, thrips-resistant, somewhat interesting color -- but Sister Kitty inherited none of them. (By contrast, 0716 Herbie Hind, also a BR seedling, got the first two, though not the last.)

There is a third BR seedling coming up in a few days, who manages to be even worse than Sister Kitty. So you have that to look forward to.