Here's something I bet you didn't know: I wrote this post a week and a half ago. I mean, I had the pictures well before that, even, but somehow, at the beginning of February, I had this crazy productive period where I had nine, ten, eleven new posts stockpiled and ready to go all at the same time. This never happens. Or at least it had never happened before.

As I write, on February 12, I'm borderline hopeful that maybe by the time this post goes up, I will have a bathtub/shower in the plant room, which I can use for watering (the contractors for that are here right now, though the plant room shower doesn't appear to be the first item on the agenda), and that I'll have written the Phalaenopsis profile by the time you see this and it will be good, and I will have stopped discovering new scale infestations on beloved plants. This kinda seems like a lot to be hoping for, and I'm sort of tempted to get sarcastic at my own expense and be all like, why don't you hope for a billion jillion dollars, too, as long as you're wishing for stuff that's never going to happen. Idiot.

Huh. I think I've hurt my own feelings.

Anyway. I'll let you know how those predictions turned out, at the end of the post, once this publishes. Meanwhile, to build suspense, we have more transmitted light photos. It's a pretty good batch again. At least the most colorful in quite a while.

Schefflera ("Dizygotheca") elegantissima. Fairly difficult picture to get -- those leaves are narrow -- but it shows more detail than I thought I'd be able to get, so I guess it was a success. 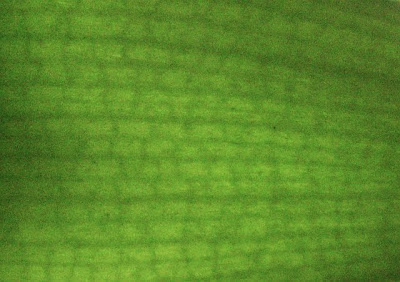 Haworthia limifolia var. ubomboensis. Not particularly interesting, but another one that was technically challenging. 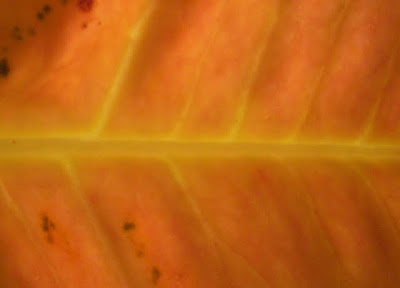 Codiaeum variegatum NOID. That sound you're hearing is the sound of all the spider mites looking over your shoulder and drooling. Not everybody knows that spider mites drool audibly, but they do. 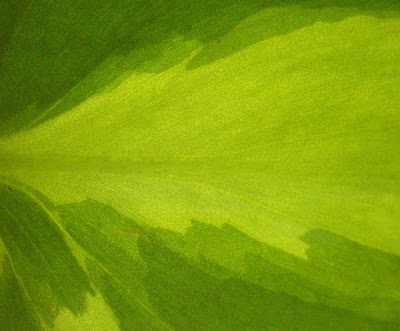 Philodendron hederaceum 'Brasil.' (Sometimes 'Brazil') I've done this one before, but this is a better picture than my first attempt. 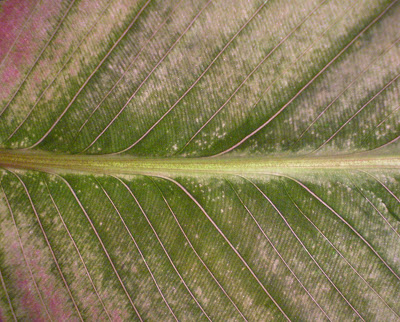 Calathea NOID. I think probably a cultivar of C. roseopicta, but I couldn't find anything that looked enough like this plant to be certain. In any case, an edited version of this photo has been used as the PATSP header in the recent past, and I'm very pleased with the photo. 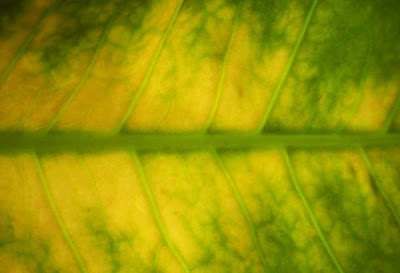 Codiaeum variegatum 'Mrs. Iceton.' What I like about this is the secondary veins, coming off of the midrib. Something about that bright, glowy green, set against the yellow and darker green, is deeply pleasing to me. 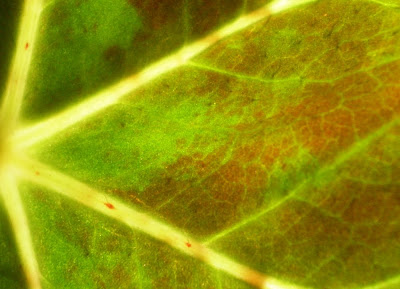 Begonia NOID. Begonia photos rarely turn out the way I expect them to. 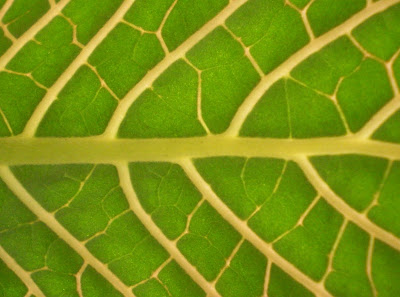 Fittonia albivenis 'Pink Vein.' I hope, someday, to know whether it's albivenis or argyroneura or something else. I am currently deeply confused about Fittonia taxonomy. UPDATE: Pretty sure it's always F. albivenis. 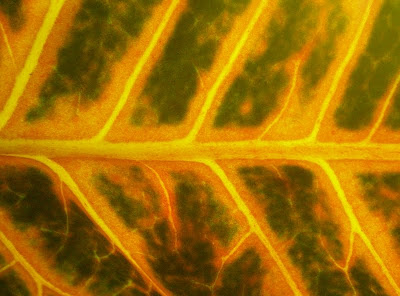 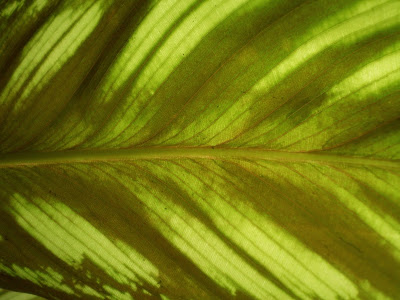 Calathea 'Moonlight.' This is one of those cases where the transmitted-light picture is significantly better than the way the plant usually looks. Or at least I think it is. This is my favorite from this batch.

Plant Watering Station: So far, no, despite considerable dust and noise. Though I am assured it will happen just any day now. As I have been assured for the last three months.

Phalaenopsis Profile: not even close. You'll probably see a profile for Dracaena reflexa 'Riki' before the Phalaenopsis one goes up. (UPDATE: Yep, that's how it happened. The Phalaenopsis profile is here.) I'm really starting to hate Phalaenopsis. Not that I was nuts about them to begin with.

Scale Infestation: there's been one full round of watering since finding scale on the Ficus and Neoregelias, and I didn't find any new ones. Of course, I was kinda focused on getting everything watered before it died, so maybe I wasn't doing a particularly close inspection, but I was trying to look for scale. So this is kinda good news.

Amazing detail you were able to capture with your transmitted light technique. Are you using a light table with an adjustable light source?
Matti

If the plant world was the same as high school, Phalaenopsis would be the school slut.

I've laid leaves across a 48" fluorescent bulb and photographed them that way before, but these were all just taken with regular natural light. Most of this batch came from the place where I used to work; I did the Dizygotheca, Haworthia, and Philodendron at home.

I've found interesting stuff to write about; there's just a lot of it, and some of it is technical, and when I'm not struggling with understanding it myself, I'm struggling with how to explain it to others. Not being a big phal fan doesn't help, but it's not the main problem I'm having.

For what it's worth, my Dictionary of Plant names (which I talk about a lot, it seems) says Fittonia albivenis. Now if only I could figure out what is F. albivenis and what F. verschaffeltii, or if there is any difference at all...

Love the detailed photos. Seems a lot of folks are having scale problems. Good luck with that.

These would make really cool wallpapers!

Fittonia albivenis 'Pink Vein.' look so much like a papaya leaf.
I would not able to tell any difference either.

And I would not wait for a spidermite to droll at the back of me. A hard smack will be the first response.

Well, I'm sure sometimes you get what you wish for - thats the hope that keeps most gardeners gardening.

I like the Codiaeum variegatum NOID--it's on fire!
My Phalaenopsis is budded. I used to dislike it, but now I love it. Of course, it made me jump through hoops: lots of water and food, special planting mix, artificial light unit, humidity tray. It better not drop those buds!