About a week ago, Errant asked whether there was a possibility of me doing transmitted light photos of autumn leaves anytime soon. My answer was that I post the transmitted light pictures in more or less the order I take them, and that there was enough of a backlog at the moment that I was only ready for photos I took toward the beginning of last spring. I'm not posting the photos as quickly as I take them, either, so I'm always drifting further and further behind real-time. Maybe, I said, I would have to do an all-transmitted-light week sometime, to use up some of the photos I've been diligently collecting.

(Also: by the time the leaves on an outdoor plant have made it to autumn, they're usually pretty beat-up, and lots of leaves curl as they dry, which makes them nearly impossible to photograph. Eliminate the curled, cracked, or spotted leaves, and there's not much to take pictures of this time of year. I have gotten some, but you probably won't be seeing those until next spring.)

I actually try pretty hard to avoid following posts with the same kind of post -- if I post pretty pictures one day, then I post a random plant event or question for the hive mind or list the next. I figure changing it up that way means that if you don't care about the Monday post, you'll still come back to see what Tuesday is. So I'm a little hesitant to do a whole week that's all the same thing (I think the last time I did this was during the plant toxicity series back in April 2009, and in that case, I knew there were people wanting to see it.) But I have something like 200-250 unposted transmitted light photos now, and I figure we may as well get through some of them sooner instead of later. So, this week, we're going to do Part 31 to Part 36.

I might have an explanation later this week for the "good stress" I was talking about, too. If that happens, it'll get a separate post. 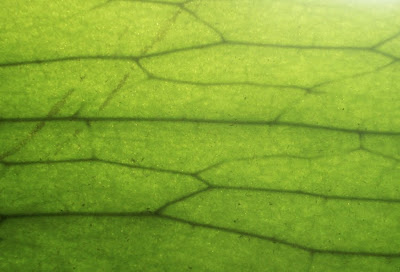 Platycerium bifurcatum. A few diagonal scars in the upper-left corner also look a little like veins. 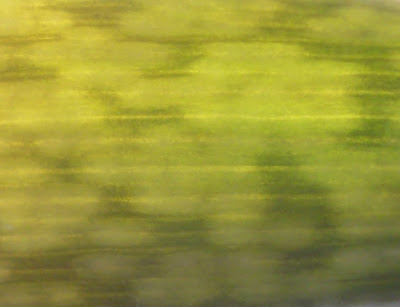 Aloe 'Doran Black.' Aloe transmitted light photos are possible, and I even kind of like the way this one turned out. 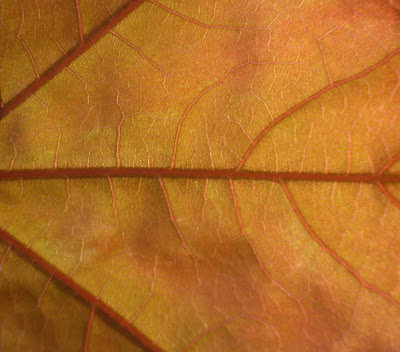 Acer platanoides. Turned out exceptionally well, if I do say so myself. 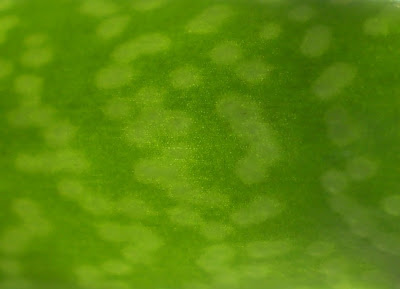 Gasteraloe x beguinii (Aloe aristata x Gasteria batesiana). For anyone who didn't believe me when I said transmitted-light photos were possible on Aloes. Believe me yet? 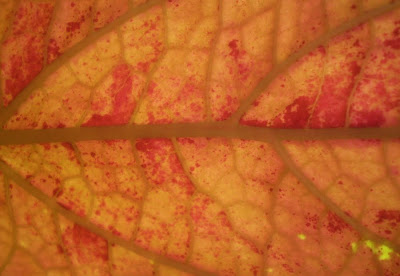 Solenostemon scutellarioides 'Alabama Sunset.' Not really at all what I was expecting from this variety. I'm noticing that coleus are often sort of disappointing that way. 'Glennis' never looked the way I'd hoped it would either. 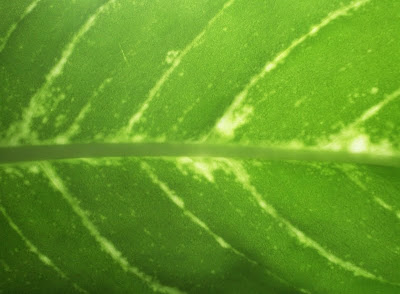 Aglaonema 'Peacock.' Better by reflected light, alas, but it's a nice enough plant. Mine drops a couple leaves every time I water, lately; I haven't repotted it in quite a while, which could be the problem. 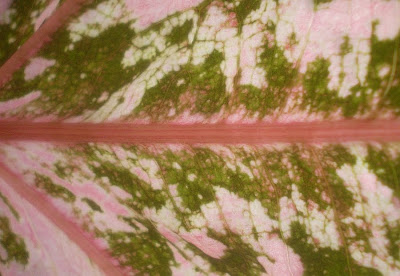 Caladium NOID. Caladiums make terrible inside plants; I've tried more than once, and they just need more heat and humidity than I'm willing to deal with in my home. I'm not sure I like them that well as outdoor plants either, actually. But there's no denying that the leaves are pretty. 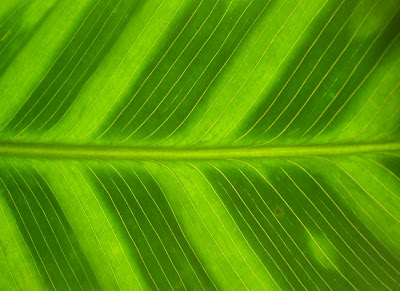 Calathea zebrina. I like how this turned out, though there are flashier Calatheas out there. 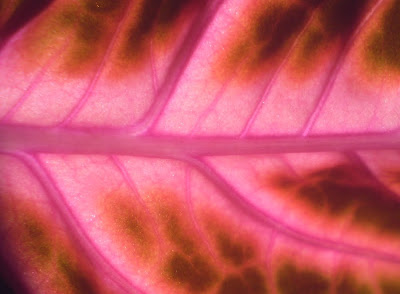 Iresine herbstii 'Blazin' Rose.' I've been, ultimately, disappointed with this as an indoor plant. It does grow, despite less than ideal light (north window) and watering (it needs a faster watering schedule than I can give it), but the variegation that attracted me to it in the first place disappeared immediately, and hasn't come back despite me experimenting with the light level for a while at first. I can't really be mad -- it's not doing anything wrong -- but it's been inconvenient enough that I don't think I ever want to grow it again. I bet it overwinters better than a coleus, though, and it could maybe do the work of one outside if I planted it in the ground, so I'm not ready to get rid of it yet. 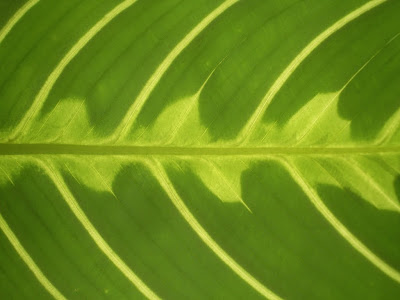 Maranta leuconeura 'Marisela.' My favorite picture from this set. It's hard to go too terribly wrong with a Maranta.
Posted by mr_subjunctive at 2:30 AM

Great shots! I am particularly fond of the Acer platanoides photo. Really cool.

I love theme weeks - and your posts, so I'll come back no matter what you do.

These are great, as always...glad you found some foliage that pleased you, even if not the beaten-up varieties found outdoors. I was mesmerized by a Rex begonia AND a croton yesterday at a nursery's greenhouse...came home with a hibiscus instead because I needed the flowers to help me get through this bleak time of year, but may go back and get one of those foliage plants too.

These are a great set of shots. I especially like the Blazin' Rose.

I love the Acer platanoides too, but they are a very good bunch all.